In Neskowan, Oregon, the Tsunami came ashore as a three foot wave as well. 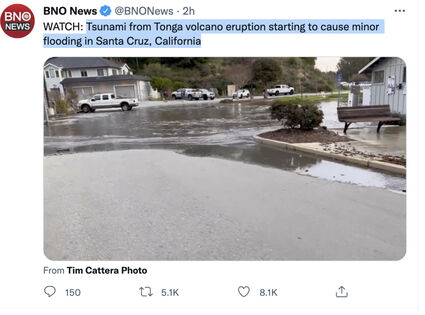 Waves from an undersea eruption near the island nation of Tonga, came ashore Saturday morning in Santa Cruz, California. The waves reportedly raised water levels a full 3 feet in some areas.

A tsunami advisory was issued for the California coast on Saturday morning due to a volcano eruption in the Pacific near Tonga.

Authorities in LA County urged people to move out of the water, off the beach and away from harbors, piers and marinas after the National Weather Service issued a tsunami advisory 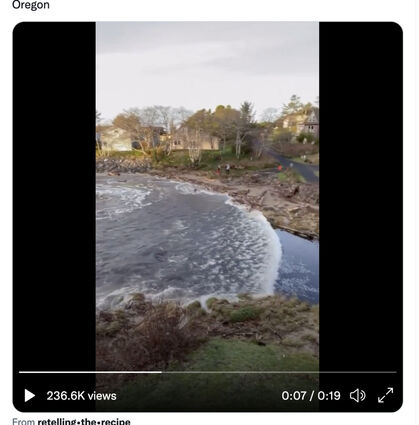 “If you are located in this coastal area,” NWS said. “move off the beach and out of harbors and marinas. Do not go to the coast to watch the tsunami. Be alert to instructions from your local emergency officials.”

Japan's Meteorological Agency has issued a tsunami warning for areas around the southern Amami island and Tokara island chain in Kagoshima Prefecture and a tsunami advisory for all coastal areas facing the Pacific Ocean.

Tsunami waves were observed in Tonga's capital and the capital of American Samoa, a U.S.-based tsunami monitor said, following the eruption at 0410 GMT of the Hunga Tonga-Hunga Ha'apai underwater volcano. The undersea volcano first erupted in the South Pacific in 2014, creating a small island. Yesterday's eruption was its second.