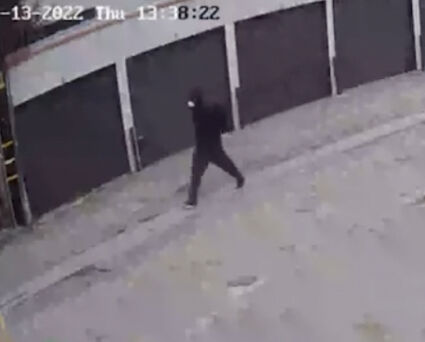 Update 1/14/22: The LAPD now describes the suspect as "homeless," adding that it is unlikely the victim and perpetrator knew each other. Separately, departing LA mayor Eric Garcetti asserted that Los Angeles crime statistics were still much better than they were in 50 years.

1/13/22: Los Angeles police are seeking a suspect who stabbed and killed a 24 year old woman from Pacific Palisades, as she worked alone in a furniture store on La Brea Avenue in LA's Fairfax Corridor. 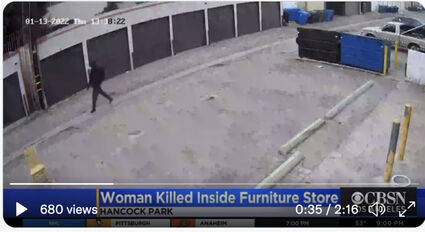 The murder took place Thursday afternoon January 13th at around 1:35 pm. A customer found the body of Brianna Kupfer on the floor of the Croft House when he walked into the store.

The suspect, a tall lanky African American male wearing a black hoodie and black pants, was seen in surveillance video walking down a nearby alley in Hancock park. LAPD also have video of the suspect from the store. They say it is unclear whether the perpetrator and victim knew each other prior to today's violence. The suspect wore an N-95 mask.

Kupfer is from the Palisades. She graduated from the University of Miami last year. As of Thursday evening, her Facebook page was still online. The Croft House is a boutique furniture store. Kupfer had studied design, and had designed some of the furniture for sale in the store.