Anyone piloting an aircraft or drone in Inglewood during the SuperBowl could face fines and prosecution. 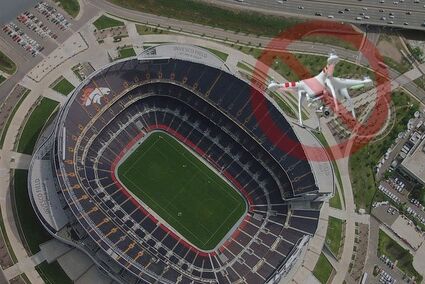 Drone flying above a stadium

The FAA has declared a no flight zone around Inglewood's SoFi Stadium for Super Bowl Sunday. The move is a precaution and was hardly unexpected, as such restrictions are typical for special events like the national football championship.

The Federal Aviation Administration announced on Wednesday, Jan. 26, that Temporary Flight Restrictions, or TFR, will be in effect from 2:30 to 8:30 p.m. on Super Bowl Sunday Feb. 13, effective in a 30-mile circle around the stadium and stretching up to 8,000 feet in the air. 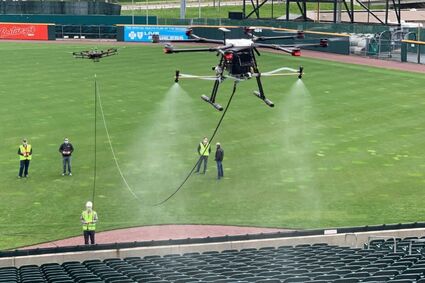 The TFR will not impact regularly scheduled commercial flights at Los Angeles International Airport, or emergency, medical, public safety or military aircraft. But other pilots who enter the TFR area can face fines of more than $30,000, along with possible criminal charges, the FAA said.

The entire TFR area will also be considered a "no drone zone." Anyone piloting a drone aircraft in the restricted area could also face fines and prosecution.

FAA officials said the agency is working with local law enforcement, the NFL and the aviation community to plan for the game, including an anticipated "hundreds of additional take-offs and landings and aircraft parked at Los Angeles-area airports" during Super Bowl week.

A reservation system for aircraft parking will be in effect at most airfields in the area, including LAX, from Feb. 6 to 14, and special air traffic procedures will be in place at all airports in the region.