Immortality- which is its greatest virtue, conviction or surrender?

How have you been engaging your relationship with Immortality lately? And, which of her many flavors and archetypes are you most familiar with? 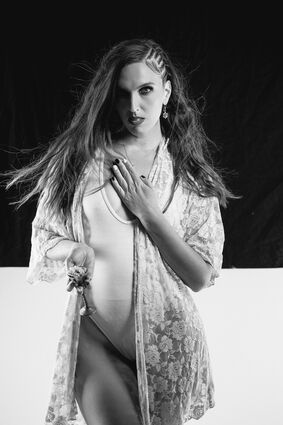 Immortality- which is it's greatest virtue, conviction or surrender?

Mysteries, fascinations, and obsessions about immortality have played rhythmic harmonics throughout humanity's history. These enigmas and larger than life inquiries have begun religions, wars, and spectacular works of art. While these questions open portals and birth worlds within worlds, some qualities of answers are only accessible through subversive undertakings.

Peering into the makeup of archetypes which engage a dynamic dance with immortality, flavorful exhalations of the varying worlds are found. The obsequious outrun their intuition, submitting to promulgations from the medical industrial complex. The fundamentalist fanatic holds a certainty with unrelinquishing convictions. The mystic lives the quest with a calm detachment to creeds. Vampires live the essence of immortality, albeit trapped by time, space, and the moodiness of Earth. Artists expand the architecture of immortality, leaving their handprints and magic long after their essence departs from their physical body.

Is immortality an archetype or is it an actual spirit, or something else? What happens when the spirit of immortality is wooed? Immortality is gender neutral, though to anthropomorphize is to endear its proximity with enhanced intimacy. Therefore, immortality is a she. She is feminine, intangible, mysterious, and eternal.

She spirals in worship songs; she grinds with pleasure and pain. She ricochets between the heavenly and the chthonic. Her voice is carried through the ether in orchestras and songs of stars and superstars. Her stories are generously shared on theatre stages and television screens in both fictional shows, documentaries, and films throughout the ages. She taunts her timelessness on museum walls. Her secrets spill into syllables across pages and pages of internal worlds becoming known. She is forever dancing.

People seek her in their fascinations with vampires. Some yearn to be bitten, others long to bite. For some, vampires exist purely in fascination as fictional folklore, for others – they only wish they never became aware of how real vampires actually are. Nevertheless, whether one is a fan of vampires or sees them as foe, the breed lives and breathes immortality.

Religion can sate the tension between mortality and immortality in offering the blood and bread of Christ himself. Cathedrals, stained glass windows, and world renowned paintings mused by the intersections of myth and reality add wonder to the drama. Ritual is where worlds are bridged. Religion serves a vital function in shaping psyche and giving her a spiritual roadmap. It is important to attune to her, as she is the surest, most immortal aspect of the human phenomenon.

Artists and Immortality are ferocious lovers. Bonded by the burdens of relentless creativity being one's religion, there is no hope of a divorce. Even when tried, they always end up back together again. While aspects of their essence play freely in the afterlife, so much of their essence lives on in echoes, admiration, reverence and engagement for decades, centuries and millennia after their departure from Earth. Creating and producing art both breaks and transcends the illusion of mortality altogether.

How have you been engaging your relationship with Immortality lately? And, which of her many flavors and archetypes are you most familiar with?

Alita is the founder of Eternally Mused Academy

If this is so let her taste my flesh Let her embrace me in her bosom Let her show me new a path As she fills herself with my essence Let me relish in her presence Let me soak up her knowledge As I fill her with my spirit My passion unmatched Her fury, her flower Together we can devour Immortality No moments endless Yet a second, a minute an hour It can all stretch into eternity Let her get buried in me If our passions true Perhaps this curse of immortality we can undo...