Women's Prison is Home To The Pussy King - Everybody Loves Him

For a while he enjoyed being the only man among all these women. Now, he has a rival! 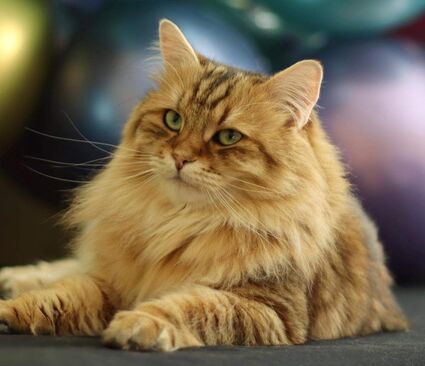 Cats and dogs can get along if properly introduced

When the prison doors pop open he comes out struttin' his stuff! He slowly walks down the hall like the player that he is. The ladies love him!! In fact, they adore him. Long before the "trans" BS started in CA's women's prisons, there was one real man. Simon. Simon is very popular. Simon is our unit cat. Not just any cat. He's The Pussy King.

Simon lives with another member of the PURR program. He's a permanent resident here. The PURR member he lives with is very old. I think in her 70s. He's been here a long time! For a while he enjoyed being the only man among all these women. 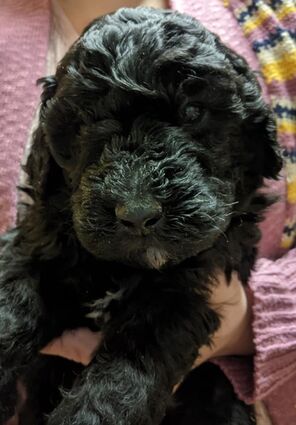 Now, he has a rival! Another man is in town! Winston. The new stud on the cell block. Winston is younger, much cuter and he's black if you catch my drift. He's got a ton of energy and he's smarter. Ladies love that. Winston is gets tons of attention from the ladies! Winston is a one year old poodle puppy! He's big in size for a puppy. He's here for training in the prison's dog training program. Trust me, Winston is hot stuff! Simons old news, now that Winston's in the building. One question: is that Pussy Crown up for grabs? Will the pussy hold onto the coveted Pussy Crown? Or will the ladies prefer some doggy style?

The rivalry is real. Simon hisses. Winston barks. The tension is thick. Simon is a lifer here. Winston is only here for less than a year, so he can't afford to get into trouble for beating up some jealous old cat. Winston's family outside is waiting for him. He has goals. He's here to learn and come out better. Winston is a short termer. He's young and strong. Simon is older and wiser. Simon should use Winston's youth against him. A fight could go either way. Winston arrived about 2 months ago. Stay tuned as the saga continues...Will Simon give that dog a bone? Or will Winston get play nice with the pussy? Only time will tell.