Proclaiming "Peace In Our Time," Biden Agrees to Meet with Putin in Paris

Meeting brokered by French Pres. Emmanuel Macron, will no doubt give away half of Ukraine for a piece of paper. 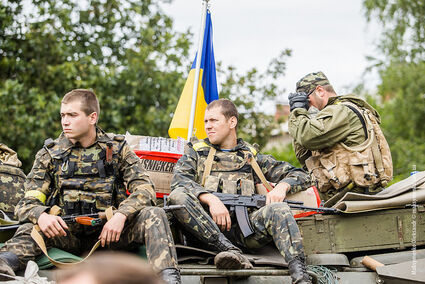 The AP Reports that in a last minute meeting brokered by French President Emmanuel Macron, US President Joseph R. Biden has agreed to meet with Russian leader Vladimir Putin, possibly in Paris, in a summit next week.

Perhaps I'm being a bit harsh. But the comparison between Biden and 1938's British Prime Minister Neville Chamberlain, are obvious. In 1938, Chamberlain agreed to meet Hitler, and came away with a deal allowing the Fuhrer to walk away with the Sudetenland, the German speaking part of Czechoslovakia. The Sudetenland also included the Skoda Works, the world's largest munitions factory in 1938. It sealed the fate of millions.

The whole world watched President Biden's disastrous withdrawal from Afghanistan in August 2021. One man watching in amazement was the former KGB operations officer who has lead Russia for the last 20 years. His conclusion, naturally, was the he was dealing with the weakest US president, both personally and politically, in 50 years.

Vladimir Putin, 68, views himself as the embodiment of the resurgent Russian Empire. In the early stages of Parkinson's disorder, he knows he will not lead Russia forever. He is determined to put the Empire in a better position than it is today. He feels that Russia needs the strategic depth relative to NATO, that controlling both Belarus and Ukraine will give it. 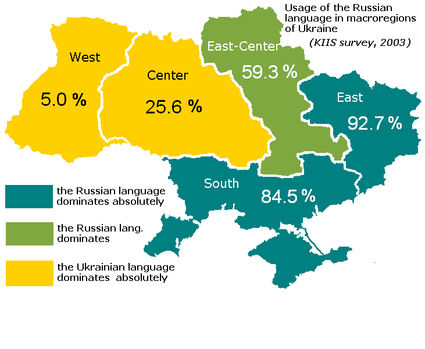 Usage of the Russian Language in Ukraine by region 2003.

He did not encircle Ukraine with 190,000 men. an expensive and dangerous movement, as some sort of bluff. Russia has been occupying Ukrainian territory for years, in Crimea in the far South and in the Donetsk region in the far East. He views Ukraine as legitimate Russian territory. Russian history teaches that the first Russian city was Kiev. To men like Putin, the Ukrainian language itself is little more than a regional dialect. Russians have the God given right to dominate it.

No, Putin is not bluffing. He is probably playing for time, if indeed he has agreed to meet with Biden. Putin is Machiavelli's prince. To him, no amount of war dead, no atrocity is immoral, as long as it is done in furtherance of the national interest. He applies 18th century power politics to 21st century Europe. I fear the results may look more like Poland in September of 1939, than anyone imagines.