Vulnerability and Courage are intimate lovers 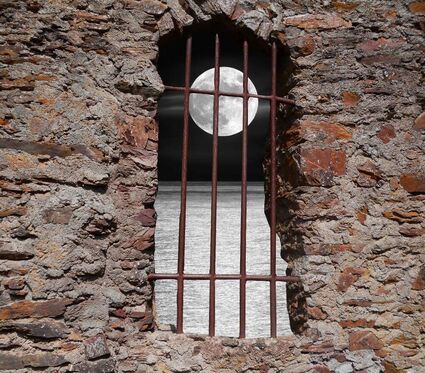 The unconscious is more powerful than the ego.

The term trauma is gaining insurmountable doses of consciousness with the proliferation of mainstream's psychological understandings. An unpopular and perhaps even taboo subject, it nevertheless is omnipresent in society and culture.

While just a few years ago this word may have come across as dramatic and histrionic, due to the influx of research on the subject it now is commonly understood as a phenomenon that every individual has endured on some level. In fact, the very first breath of a newborn comes with a hugely traumatic experience of leaving the ensconced safety of its mother's womb and into the cold, dualistic and infinitely complex material world.

What is trauma? Trauma is any experience which is too overwhelming for the nervous system to regulate from. If a car cuts one off in traffic and horns blare for an uncomfortable minute, within a few minutes it is more than likely all hearts involved come back into their regulated pattern. However, if a child (or adult) gets publicly scolded and humiliated by a teacher or anyone in an authority position, the likelihood of this rendering in one's psyche as traumatic is high. Whatever was being expressed will now likely get repressed.

Shame, humiliation, and embarrassment are incredibly hard for a nervous system to regulate itself from. Empathy and high quality attunement from an emotionally intelligent (and available) adult can waylay the effects of such intense experiences. Unfortunately, too many traumatic experiences happen on this planet without the subsequent emotional nutrients to offset the effects. The child learns to suppress and deny vital aspects of themselves as a way to survive and to feel safe.

In a society which allows certain genders to express certain emotions and denies the right of other genders to express those same emotions, one can only imagine what this does to the psyche. Culturally speaking (and it is highly encouraged to be countercultural regarding these "gender norms" ie. for all genders, let us increase our emotional IQ), rage and pride are more permissible in men than women, and sadness and fear are more tolerant in women than in men. However, life is intense for everyone and no one is impervious to the experiences of the gamut of emotions. Thus, if a woman gets shamed for expressing anger or pride or a man gets shamed for expressing fear or sadness, those emotions take on a life of their own in the unconscious. They don't go away.

How does one go about breaking the spell of constantly replaying their traumas in their life? This requires the bold bravery of shadow work. Carl Jung coined the term shadow and it consists of everything about a person which is outside of their awareness. Feelings, emotions, drives, motivations, fears and fantasies are just some of the material which make up the shadow. Working with a professional is the best and safest way to embark upon this.

Shadow work is like soul retrieval. During a trauma, the soul fragments. Think about a 500 piece puzzle which is only four fifths of the way complete. The fragmented soul parts are like those one hundred puzzle pieces which have yet to interconnect. Vital aspects of the individual now follow them around, although that individual is unable to have a conscious relationship with them. When they aren't integrated, they can hijack the person's psyche with unpredictability and archetypal grandiosity.

The way to lessen the density and intensity of the shadow is to allow oneself to slow down and to feel. Culture rewards head dominant consciousness. Thus, becoming more aware of the subtle body, the emotional body, the energetic body, and the physical body can seem radical and isn't done without courage. However, the benefits of wholeness are well worth the vulnerability and humbling self-honesty.