Gascon ran his campaign in part on claiming his predecessor, Jackie Lacey, had not done enough to prosecute the cases 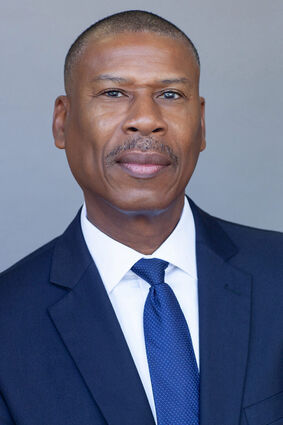 While running for office, George Gascón attacked Jackie Lacey's record of declining to prosecute police officers who killed people and promised to go a step further and undo what he saw as her mistakes.

One of his first acts upon taking office was to convince the Board of Supervisors to give him more than $6 million over four years to hire outside counsel to re-examine closed cases where the District Attorney's Office had previously cleared police officers. Gascón handpicked a criminal defense attorney named Lawrence Middleton for this purpose, deliberately ignoring the multitude of seasoned and ethical prosecutors already employed by the district attorney's office who could have done this task at no additional expense to taxpayers.

The Middleton contract-while providing no benefit to Angelenos-did provide Gascón with something; political coverage. As Middleton was reviewing and rejecting cases previously examined and declined by prosecutors, Gascón could go back to his supporters and tell them that even Middleton did not recommend a filing. In essence, Middleton provided Gascón with political insurance on this delicate subject.

There was a slight hiccup before Middleton could start, as he was still actively representing criminal defendants. This ethical conflict of interest was resolved not by Middleton resigning from those cases, but by a judge summarily removing Middleton from representing several criminal defendants because of the "appearance of impropriety." Middleton's work of reviewing cases where officers in police shootings had been cleared by the highly experienced prosecutors working in the Justice System Integrity Division then commenced.

The standard of proof for any case to be filed is whether the case can be proved beyond a reasonable doubt. While George Gascón erased many laws enacted by voters and the California Legislature, he cannot erase the standard of proof in criminal cases. One year and 1.5 million dollars later, Gascón's handpicked special prosecutor has reviewed four closed cases without filing of any charges. 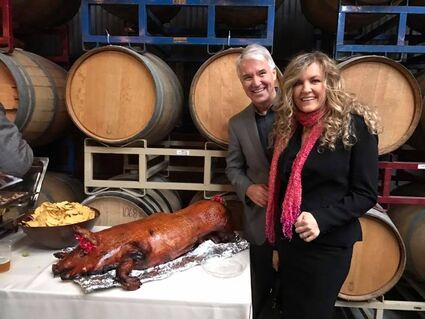 DA George Gascon at a Life Learning Academy fundraiser; we don't know who killed the pig

Gascón has now announced that no charges will be filed in two additional cases. The reason provided by Gascón in his statement was that "the burden of proof for prosecution is high." In other words, his critique of Lacey's decision not to file the same cases was wrong. It was a political narrative that had no factual basis. Not surprising since Gascón has never tried a single case and has no practical experience on what it takes to prove charges in court.

The question now is, how much longer will Gascon continue to bill the taxpayers to the tune of $1.5 million per year to keep Middleton on staff as his political insurance policy.