By Jill Chapin
Special to the Observer

As Dr. Fauci Says, We Don't Yet Know What We Don't Know

Doctors once thought smoking cigarettes to be beneficial to your health 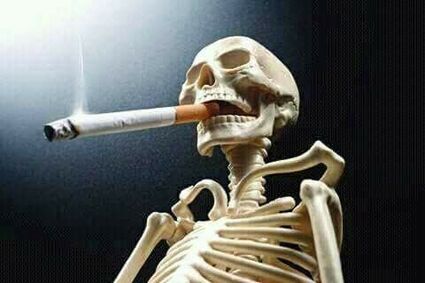 In my recent article, News not Fit to Print? some responded in a way that is best summed up by this one reader:

"I genuinely believe that Dr. Fauci is a dedicated and HONEST public servant. Clearly if the vaccine was not effective, men like Fauci would not let it go unreported. Think about it. There would have to be a massive coverup involving thousands of people across the country to hide or even obfuscate a statistic that the vaccines were as ineffective as your cited statistics claim."

Yet it was just such a massive coverup involving thousands of people across the country who hid statistics about the dangers of smoking. Tobacco companies were found guilty by a federal judge in 2006 of organized criminal activities for covering up the health risks for decades. Doctors essentially joined in on this coverup by recommending cigarettes because they hadn't yet discovered a clear link between smoking and lung cancer. Of course, they might have seen a link if they had first done research to ascertain that they were being truthful.

But they blindly went ahead with their ads touting the healthful benefits of smoking. Sound familiar? Just as this novel covid vaccine was developed and put to market at "warp speed", even Dr. Fauci himself admitted that we don't yet know what we don't know.

The numbers cited in my article match what we are seeing around the world if only we can entertain the idea that more and more covid cases are among the vaccinated. Nothing sinister; it's just that the vaccine efficacy wears off. Even trusted Dr. Fauci admits this.

What seems a big head scratcher is when people try to justify that more vaccinated are getting covid simply because more people are vaccinated. That logic can work if, say, more people wear red shirts than blue shirts; a stadium full of people should show more red shirts in the stands.

But – the inverse should be true with vaccines. Since vaccines are designed to prevent a disease and offer full immunity, then logic would indicate that as the number of the vaccinated increases, the numbers of breakthrough cases should plummet, and the numbers of cases among the unvaccinated should rise. This is what happened with the polio vaccine; cases plummeted as more and more people were vaccinated.

It's a conundrum that a large swath of our population doesn't appreciate this. Why aren't more people open to the idea of another idea besides the one foisted upon them by Dr. Fauci et al, even as he admits we're still on a learning curve? There is a phenomenon called mass delusion in which a large group of people exhibit similar emotional symptoms such as anxiety or extreme excitement. Fittingly, it is also called epidemic hysteria. Could this be happening to us, and could it be fomented by the good doctor himself? 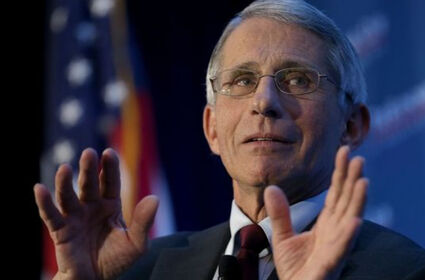 I'd like to be on record that, far from being an anti-vaxxer, I've been fully vaccinated all my life. I still am. But if the definition of a vaccine is a substance used to stimulate the production of antibodies and provide immunity against disease, well, this covid shot cannot be called a vaccine.

We were first told that they would provide immunity. Now we are seeing the increasing erosion of protection as witnessed with a third and now a fourth shot, with strong hints that we'll need more.

Fewer people are getting these boosters and most parents have not given their young children these shots. Their wait and see approach seems like a sensible one; they can always get the shot later but they can never un-get it.

If we should later find out that this shot was wrongly foisted onto a trusting population just like cigarettes were, maybe we need to recall the old adage: