Was it Ukraine related? Local authorities are said to have arrested an engineer who works at the power plant 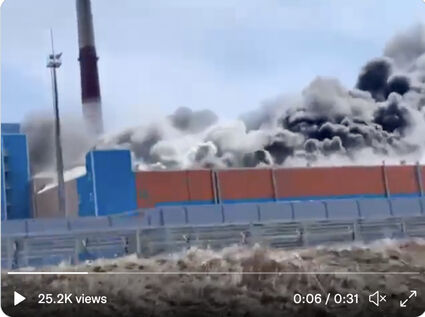 Fire has broken out in Sakhalin Island, 8000 miles from Ukraine.

Fire has broken out at a power generation facility on Sakhalin Island, Russia. The plant had become fully engulfed in flames Saturday morning, 4.30.22. Black smoke was seen billowing from the building, in a video shot from a train.

Some believe this is significant because the Russians have attacked Ukrainian infra structure. In recent weeks, Ukraine has turned in around and fired on fuel depots in Belgorod and Buryansk, towns within 100 miles of the Ukraine border. 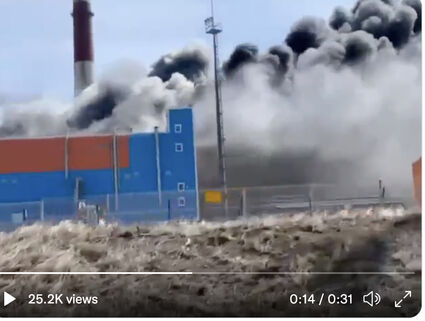 Fire has broken out in Sakhalin Island, 8000 miles from Ukraine.

"Russia's media has reported on another fire in the country. This time in the turbine room of Sakhalin TPP." tweeted Alexandr Khrebet, a Russian news editor living in Britain. Others added that Sakhalin authorities are said to have arrested an engineer who works at the power plant.

The fire is a mystery in a place in Russia a full 8000 miles from Ukraine. Sakhalin Island is closer to California than it is to Ukraine. Could the Ukraine army somehow have an operative there? Was an engineer so angry about the invasion of Ukraine, that he sabotaged his place of work?

Sakhalin is situated in the Pacific Ocean, between the Sea of Okhotsk to the east and the Sea of Japan to the west. It is located just off Khabarovsk Krai, and is north of Hokkaido in Japan. The population is roughly 500,000, the majority of which are Russians