Ex-girlfriend Ellen Barkin Testifies "Johnny Depp Was Just a Jealous Man, Demanding, and He Used Drugs All the Time"

He once threw a wine bottle at me across a room. 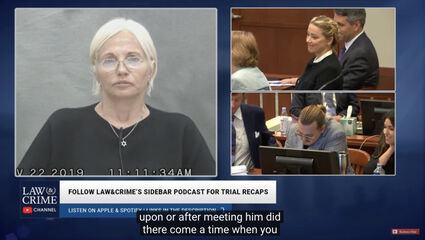 Ex-girlfriend Ellen Barkin Testifies "Johnny Depp Was Just a Jealous Man, Demanding, and He Used Drugs All the Time"

Thursday say testimony by several witnesses in the Virginia defamation trial of Johnny Depp vs. Amber Heard. Ellen Barkin took the stand, she was an actress with a minor part in Fear and Loathing in Las Vegas, who dated Depp for 3 to 6 months in 1994.

In addition, a Disney exec said Amber Heards editorial was not the reason they dropped Depp from Pirates of the Carribean. And the couple's former pre-nuptial lawyer, said Depp suddenly fired her and called her a bitch.

Below are my notes of Ellen Barkin's testimony, followed by notes of other witnesses.

I am an actress, who for ten years was friends with Johnny Depp. We met in the 1990's, ten year friendship. Relationship took a romantic turn after I had moved to Hollywood and he switched the buttons.

We lived a ten minute drive apart, there were other people in the house, he had an assistant, his sister, that's all I can remember. JD called the asst "pig." 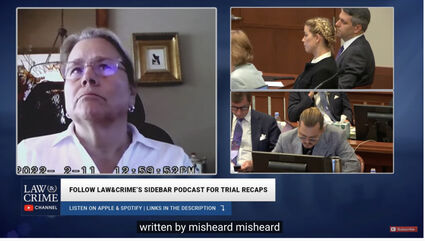 I was always aware that he drank to excess. He was drunk a lot of the time. He was a red wine drinker.

Cocaine, hallucenigenics , cocaine and marijuana. He called me and told me he was tripping.

I know he was always drinking or smoking a joint, at least dozens of times.

His behavior was the same whether or not he used.

When we were shooting Fear and Loathing in Las Vegas, he threw a wine bottle across the room at his assistant. The bottle didn't hit anyone. Mr. Depp. He threw it in my direction, when I was with a group of people.

Depp broke up with me. There was a lot of crying and jealousy, he didn't want me to go back to Los Angeles at the time. "He was jsut a jealous man. Once I had a scratch on my back, he said it was from me having sex with another man."

When he became jealous he also become demanding.