"Sue Himmelrich is a polarizing figure, I understand that" he said. "Some people curse me out, but others can't sign my petition fast enough." 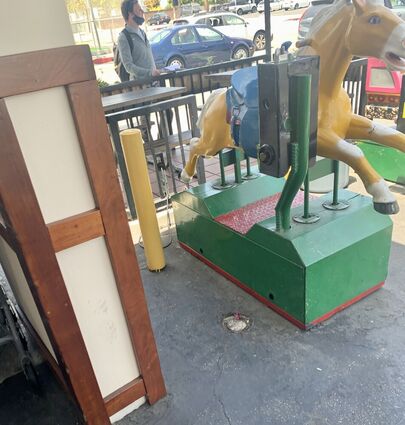 "Want to sign a petition to help Santa Monica schools?" he said. I addressed him as if he was a Russian warship, and he just smiled.

You may have seen paid solicitors gathering signatures for Santa Monica's half percent transfer tax on real estate. Mayor Sue Himmelrich has proposed the tax to fund homeless programs. Local property owners are bitterly opposed to the proposal. So we spoke to one of the signature gatherers outside Bob's Market on Ocean Park Blvd.

"Want to sign the safe homes and schools initiative?" he asked me. I responded as if he was a Russian warship invading my island, and he just smiled.

He said his name was Jerry, and he was young and extremely polite. Jerry said that some people yell at him, but others can't sign his petition fast enough.

"Who is paying you?" I asked. "Don Peckino," he said, who runs a company called California Field Gatherers, or something generic. "I guess I should remember the name of the company I work for," he said.

He was aware that Santa Monica Mayor Sue Himmelrich was behind the measure. "She is a polarizing figure, I understand that" he said. "People have strong feelings about this ballot initiative. Some people curse me out, but others can't sign my petition fast enough."

He said that while he was aware there were many people opposed to the initiative, that others do support it. He predicted they would easily gather enough signatures to put it on the ballot. "Whether people want to sign or not is up to them," he said. "It's their right either way. But it's also our right to gather signatures in a public place."