WHO makes no recommendations to decrease the restrictive policies that resulted in depression, anxiety, suicide and more. 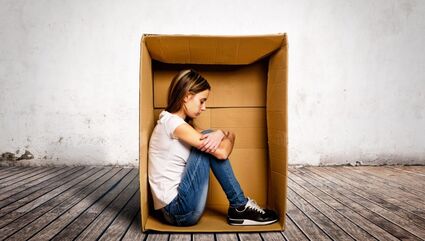 On the heels of studies revealing that restrictions surrounding the pandemic have decimated the mental health of schoolchildren and others, the WHO has released a report urging changes in mental health practices, worldwide.

The report, titled "World Mental Health Report: Transforming Mental Health For All" certainly acknowledges the impact of the Covid-19 pandemic on mental health. Right off the bat, the forward to the report states that:

"As the world comes to live with, and learn from, the far-reaching effects of the COVID-19 pandemic, we must all reflect on one of its most striking aspects – the huge toll it has taken on people's mental health. Rates of already-common conditions such as depression and anxiety went up by more than 25% in the first year of the pandemic, adding to the nearly one billion people who were already living with a mental disorder."

After this tip of the hat to the devastating consequences of Covid-19 on psychological well-being, the report goes on to rather obliviously ignore the part played by WHO policies in these consequences. In the section of the report titled "Spheres of Influence," the following are listed as impacting mental health, and in this order:

1) Individual psychological and biological factors 2) Family and community and 3) Structural factors. In this third category, these are listed as important to mental health: the access to food, water, shelter, health as well as the rule of law. Again, a tip of the hat in mentioning the pandemic is also included, in the following list of factors;"national social and economic policies: restrictions imposed during the COVID-19 pandemic for example had significant mental health consequences for many, including stress, anxiety or depression stemming from social isolation, disconnectedness and uncertainty about the future."

The report then goes on to consider in more depth the impact of the pandemic, stating that "Countless people have died, or lost their livelihoods. Families and communities have been strained and separated. Children and young people in every country have missed out on learning and socializing. Businesses have gone bankrupt. Millions people have fallen below the poverty line."

All well and good, for the WHO to tackle these realities. But does the WHO reflect on its own culpability? It seems not.

In an apparent effort to minimize the escalating suicide rates resulting from the restrictions, the report states that

"From the start there was concern that suicide rates would also rise as risk factors increased, and due to the well-recognized link between suicidal behaviours and economic hardship. But initial reports have been mixed: some studies showed a rise, others showed a fall ."

Reflecting general concerns as to the mental health of schoolchildren, the report states that: "Studies show that younger people have been more affected than older adults. Extended school and university closures interrupted routines and social connections, meaning that young people missed out on learning and experiences expected for healthy development. Disruption and isolation can fuel feelings of anxiety, uncertainty and loneliness, and can lead to affective and behavioural problems ."

The report then makes recommendations for response. I am now on the edge of my seat. Is the WHO going to admit that its policies caused all this harm?

In fact, the recommendations do not in any way address the growing perception of the uselessness of lockdowns and other restrictive measures. Rather, the WHO seeks to create further structures to "help" people deal with the isolation, economic insecuriy and death. The report recommends the following (I have included the entire section here):

Apply a whole of society approach to promote, protect and care for mental health. This means, among other things: including MHPSS in national responses; protecting people from harmful activities such as domestic violence or impoverishment (for example through social and financial protection measures); and communicating widely about COVID-19 to promote mental health.

Ensure widespread availability of mental health and psychosocial support. This includes, for example: scaling up access to remote support such as self-help; supporting community action that promotes social cohesion (for example befriending initiatives); including mental health and social care in essential services to ensure uninterrupted in-person care; and protecting the human rights of people with mental health conditions, especially in any emergency legislation.

Support recovery from COVID-19 by building mental health services for the future. This is about building back better and using the pandemic as an opportunity to advocate for a reorganization and scaling up of mental health services and systems. In particular, it is about implementing the updated Comprehensive mental health action plan 2013–2030, which was approved by the Seventy-fourth World Health Assembly in 2021.

In other words, there are no recommendations to decrease the restrictive policies that resulted in depression, anxiety, suicide and more.

Coincidentally, at the same time that this report was published, an article detailing the effects of lockdowns on mental health was also published. This article, written by Hugh McCarthy, a retired Irish schoolmaster, posits a different perspective on the cause of the mental health crisis and certainly posits a different sort of remedy. "As I address here, here and here, school closures and mask wearing are responsible for the appalling damage to children's education and development, but the damage goes beyond this," he writes.

Incisively, the article details the occurrence of "a worrying increase in self-harm and eating disorders, while lockdowns evoked an 'explosion' of children with disabling tic disorders." Also detailed are the "record numbers of children being prescribed antidepressants." Rather than attempting to minimize the resultant spike in suicides, the article states clearly that "It was reported that five times more children and young people committed suicide than died of COVID-19 during the first year of the pandemic in the U.K. Lockdowns are more detrimental to children's health than the virus itself."

The article goes on to state the cost of these pandemic measures, in literacy, math learning and more. Alarmingly, a report from the US is cited which states that "We find that children born during the pandemic have significantly reduced verbal, motor, and overall cognitive performance compared to children born pre-pandemic. Moreover, we find that males and children in lower socioeconomic families have been most affected." The article also cites other reports indicating the level of psychological damage produced by the WHO policies, too numerous to detail here.

In closing, the article damningly states the following: "Since lost education affects life expectancy, the school closures for 24.2 million U.S. schoolchildren were estimated to have resulted in the loss of 13.8 million years of life" and asks:

"Is this what we have done? Was it worth it?"

The uselessness of lockdowns has been explored elsewhere, including here and here.

And with all the accumulated harm done, coupled with the mounting questions as to any possible benefit, it should be noted that the fundamental recommendations of the WHO are only to heap on further medical protocols to an already top-heavy system of medical control. 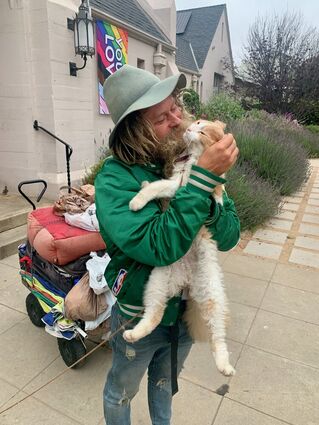 Janet Phelan has been on the trail of the biological weapons agenda since the new millennium. Her book on the pandemic, At the Breaking Point of History: How Decades of US Duplicity Enabled the Pandemic, has been published in 2021 by Trine Day and is available on Amazon and elsewhere. Her articles on this issue have appeared in Activist Post, New Eastern Outlook, Infowars and elsewhere. Educated at Grinnell College, UC Berkeley and the University of Missouri Graduate School of Journalism, Janet "jumped ship" and since 2004 has been writing exclusively for independent media. Her articles previously appeared in the Los Angeles Times, Oui Magazine, Orange Coast Magazine, the Long Beach Press Telegram, the Santa Monica Daily Press and other publications. She is the author of the groundbreaking expose, EXILE and two books of poetry. She resides abroad. You may follow Janet on Parler here @JanetPhelan. To support her work, please go to JanetPhelan.com