Russian Milbloggers Turn On Putin. "Because of HIMARS and other Western Equipment, the War is Now Lost."

"Now the Armed Forces of Ukraine have an antidote - they are destroying ammunition depots, Moving the Border West is no longer possible." 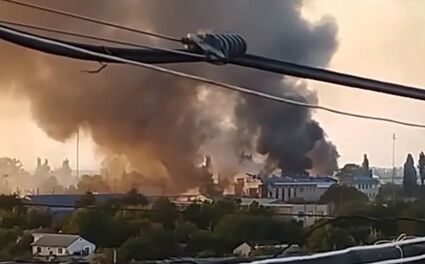 They are called Milbloggers, which is short for military bloggers. They have cheered the invasion since day one. They believe Putin's problem is he has held back and not used enough brute force on cities like Kyiv and Kharkiv.

Their opinions are so important, expressed as they are on Telegram, that Putin himself has met with a group of them in the Kremlin, to ask them to lay off the criticism in the name of national unity. But now, one infamous military blogger has concluded that the war is lost.

This from a Russian milblogger named Dmitry"

"What do the first weeks of using HIMARS in Ukraine say? That it will not be possible to get out of the war saving face. There were options that it would succeed, but then - in March, April, May. Like taking Donetsk, Lugansk, the south and gaining a foothold for a few years, before a new war. Use these years to create new military structures. But no, such an opportunity will not be given. Missiles will fly through the demarcation line to the full depth, in the opposite too. Ukraine will become an artillery range and over the years of confrontation will be destroyed, the western part of Russia is also under attack. There are no forces to push the front to the west, even if you drive a million mobilized there. In the Donbas, the Russian Armed Forces managed to create a local advantage and the Russian command assumed that now it would be possible to slowly move the border west from city to city, but now the Armed Forces of Ukraine have an antidote - they are destroying ammunition depots. 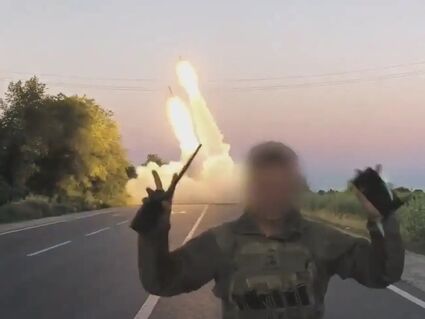 Footage shared by the Ukrainain Defense Ministry thanking the US for its donation of HIMARS.

"I am trying to understand what can stop the negative scenario of the development of the situation - when Ukraine becomes a field of missile warfare, and Russia gets bogged down in losses and subsequent socio-economic problems - and I can not think of anything. To be honest, I don't see a military solution. The only thing that can reduce its intensity is some kind of crisis of a global nature, with crises in each particular country that will push the causes of the war, which are very abstract, to the background.

"One purely military question that we will need to find out is whether the Armed Forces of Ukraine are capable of advancing? The number of the Ukrainian army, guard, territorial defense is now very large. They manage to defend themselves - in small mobile groups, without large formations of armored vehicles, practically without aviation. And to advance? So far, it comes out only in the form of "toad jumps", when the Armed Forces of Ukraine occupy the settlements remaining for cover. Well, or seepage in small groups into poorly controlled areas. But in order to go straight to the offensive - the Armed Forces of Ukraine did not succeed. In rifle combat and in assaults, the Ukrainians are clearly inferior. Maybe Western consultants are preparing some surprises."