Letter Written by Al Capone While Imprisoned at Alcatraz to be Auctioned, Along with Items Owned by Bugsy Siegel and Meyer Lansky

Meyer Lansky's Medal of Freedom; a group of four hand-written notebooks dubbed "The Lansky Diaries". And an 1860 Colt revolver 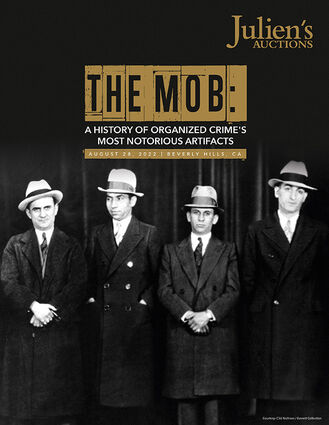 Letter Written by Al Capone While Imprisoned at Alcatraz to be Auctioned, Along with Items Owned by Bugsy Siegel and Meyer Lansky

Las Vegas was founded in part by gangsters. Now you can own some of the items Meyer Lansky and Bugsy Siegel owned during their short but interesting lives.

Items to be auctioned include "a monogrammed oak cane that was gifted to Meyer Lansky by Charles "Lucky" Luciano; Meyer Lansky's 1948 hand-written love letter to his second wife, Thelma "Teddy" Schwartz"

Says Wikipedia: Benjamin "Bugsy" Siegel (February 28, 1906 – June 20, 1947) was an American mobster who was a driving force behind the development of the Las Vegas Strip. Siegel was not only influential within the Jewish Mob, but along with his childhood friend and fellow gangster Meyer Lansky, also held significant influence within the Italian-American Mafia and the largely Italian-Jewish National Crime Syndicate. Described as handsome and charismatic, he became one of the first front-page celebrity gangsters.

Julien's Auctions presents the historical memorabilia auction of the season: "The Mob: A History of Organized Crime's Most Notorious Artifacts," taking place Sunday August 28, 2022, at Julien's Auctions in Beverly Hills and live online at juliensauctions.com Items owned and used by some of the most notorious figures in American organized crime–Ben "Bugsy" Siegel, Meyer "The Little Man" Lansky, Tony "The Ant" Spilotro, Sam "MoMo" Giancana, Charlie "Lucky" Luciano to "Scarface" Al Capone– featuring many items that were exhibited at Jay Bloom's Las Vegas Mob Experience at the Tropicana Hotel and Casino in Las Vegas such as jewelry, correspondence, firearms, photographs, home movies, fashion accessories, sporting goods, and beyond will be offered.

Additionally, as part of the event's "Gangsters, Politicians, Cowboys and Astronauts" presentation, Julien's will also be offering a number of historic Wild West Americana items, including firearms, uniforms, and battlefield relics from the Battle of The Little Bighorn, where General George A. Custer famously made his "Last Stand;" an 1860 Colt revolver, and an engraved presentation cane belonging to iconic Wild West showman, Buffalo Bill Cody; and various Civil War era firearms. To continue the theme of frontier exploration, a collection of space exploration items from the Mercury through the Space Shuttle programs including numerous astronaut-signed photographs, and space-flown equipment will be presented.

Siegel was one of the founders and leaders of Murder, Inc. and became a bootlegger during Prohibition. After the Twenty-first Amendment was passed repealing Prohibition in 1933, he turned to gambling. In 1936, he left New York and moved to California.[6] His time as a mobster during this period was mainly as a hitman and muscle, as he was noted for his prowess with guns and violence. In 1941, Siegel was tried for the murder of friend and fellow mobster Harry Greenberg, who had turned informant. He was acquitted in 1942. 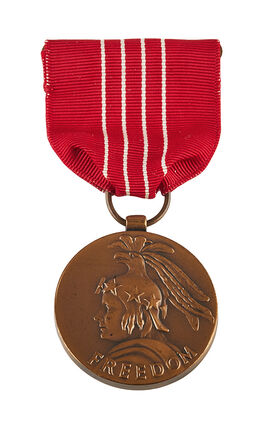 Siegel traveled to Las Vegas, Nevada, where he handled and financed some of the original casinos. He assisted developer William R. Wilkerson's Flamingo Hotel after Wilkerson ran out of funds.

Siegel assumed control of the project and managed the final stages of construction. The Flamingo opened on December 26, 1946, in a driving rainstorm, resulting in a poor reception and technical difficulties, and soon closed.

It reopened in March 1947 with a finished hotel, but by then his mob partners were convinced an estimated $1 million of the construction budget overage had been skimmed by either girlfriend Virginia Hill, Siegel or both, On June 20, 1947, Siegel was shot dead by a sniper through the window of Hill's Linden Drive mansion in Beverly Hills, California.