On August 19, 2022, rapper Tyquian Bowman aka "Quando Rondo" was the target of an assassination attempt near the Beverly Center in West Hollywood 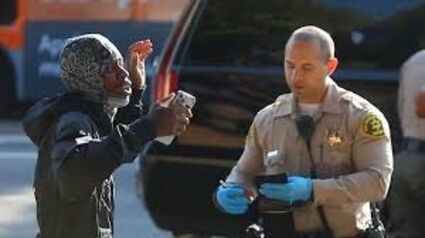 Tyquian Terrel Bowman, better known by his stage name Quando Rondo, speaking to a sheriff's deputy after being shot at on August 19, 2022.

Los Angeles was shocked to hear of a gunfire incident at the Mobil gasoline station down the block from the Beverly Center. Two men jumped out of a white SUV and opened fire on the occupants of a black SUV.

On August 19, 2022, rapper Tyquian Bowman aka "Quando Rondo" was shot at near the Beverly Center in West Hollywood. Bowman was reported to have been shot. However, on August 20th his representatives denied that he was wounded in the incident, or that he had been hospitalized. He is seen in video screaming after the incident, but again was not apparently injured.

Bowman's friend, who went by the name "Lul Pab", was shot and killed in the incident. "Lul Pab" had been sitting in the Cadillac Escalade next to Bowman. The neighborhood had been considered one of LA's affluent, safe areas.

A Mobil gas station where the incident occurred is at the corner of San Vicente and Santa Monica Blvd, in West Hollywood. This is about 100 yards down the street from the Beverly Center. 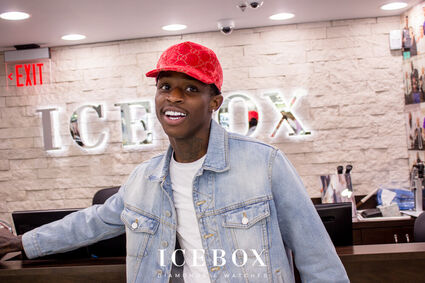 The Los Angeles County Sheriff's Dept. responded to the shooting, just before 6 pm PST on Friday, and cordoned off the area for hours while they investigated the incident. Two men were said by bystanders to have left the scene in handcuffs, though it is uncertain what their role in the shooting. had been, if any.

Quando Rondo has 3.8 million followers on Instagram. https://www.instagram.com/quando_rondo/?hl=en. Before the shooting, others in the Rap music industry occasionally posted threats on Quando Rondo's pages. However, such threats are common on social media. They are generally disregarded as "trash talk." It is unclear whether authorities were investigating any of these threats in connection with the fatal shooting.