Paris Jackson (Michael Jackson's Daughter), Finally Explains What All Those Tattoos are About 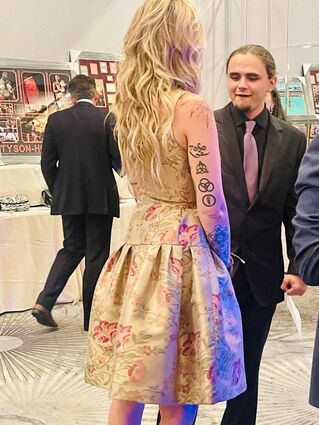 Paris Jackson Explains What All Those Tattoos are About

The highlight of the evening for me while interviewing the charming, boxing legend Sugar Ray Leonard on the Red Carpet about some of his many accomplishments, was to be personally invited to join his table for dinner.

Sugar Ray Leonard is involved with numerous charities including his own "Sugar Ray Leonard Foundation (www.sugarrayleonardfdn.org) established in 2009 with his wife Bernadette. The Sugar Ray Foundation is committed to funding research and care for pediatric type 1 & 2 diabetes.

It was a fun filled evening with handsome Host Jamie Foxx walking around the dinner tables to encourage the guests to bid on all the exclusive auction items. Many women were anxiously waiting to take a selfie with Jamie Foxx...Lol.

Mike Tyson who was about 4 tables away seem very cozy and domesticated with his lovely girlfriend Lakiha Spicer.

I chatted briefly with the strikingly beautiful Paris Jackson and her shy brother Prince Jackson, the children of legend Michael Jackson

Paris Jackson, who is a model /actress, seemed demure and unassuming despite the 80 black ink tattoos scattered across her arms, torso, legs and hand. Some of the tattoos are in honor of her father Michael Jackson and some for no reason at all, but just to express herself.

The only person I missed, that was not present since the 2019 Harold and Carole Pump Foundation Gala, was my dear friend Shaquille O' Neal, who insisted on taking a few Red Carpet selfies with me after he recognized and remembered playing basket-ball with me "one on one for 12 minutes", 11 years ago at Sports Club LA (now Equinox) unaware of who he was . 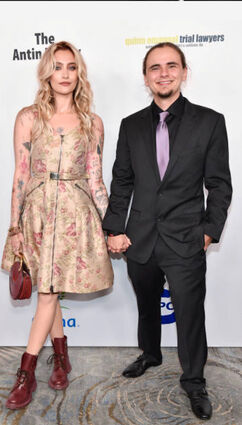 The Harold & Carole Pump Foundation Mission Statement is the single minded dedication and loyalty to fight cancer via early detection, state of the art equipment, treatment and research

Dana and David Pump have raised more than $8.5 million for the Carole Pump Woman's Center, Harold and Carole Pump Department of Radiation Oncology and the Leavey Cancer Center at Northridge Medical Center, and other charities

It was a fabulous evening, with wonderful people for a great cause. For further information please contact: https://haroldpumpfoundation.com