Santa Monica Shores is without electricity, as SCE replaces transformers in a scheduled maintenance 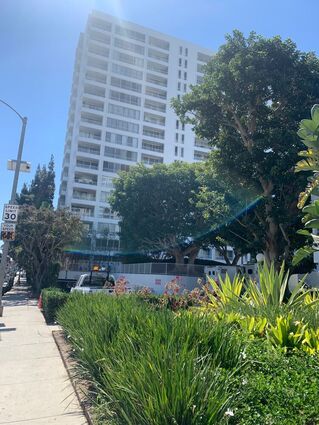 The Shores Santa Monica Apartments were without electrical power on Wednesday, as SCE upgraded its equipment.

8.31: Update electrical power was restored to the entire complex around 4 PM Wednesday.

Electrical power was out in two towers at 2720 Nielson Way on Wednesday morning at 9 am, as Southern California Edison replaces transformers for the building. The outage had been scheduled and was not the result of any emergency, said workmen at the building. 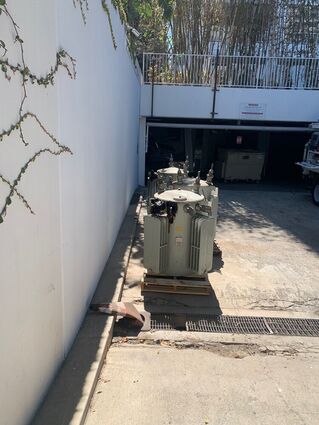 The Shores Santa Monica Apartments were without electrical power on Wednesday, as the transformers, pictured, were being replaced.

The Post Office on Nielson Way was without power and closed (except for the PO Boxes, which remained open to customers). The Post Office is located between the two towers.

LA County was experiencing a heatwave Wednesday, with temperatures in downtown LA around 100 degrees F. Temperatures around the beach in Santa Monica, however, were around 80 degrees.

The largest residential buildings in Santa Monica, the Santa Monica Shores have 532 units and around 2000 residents. The towers are owned and managed by Douglas Emmett Corporation. Their website says: "The Shores Santa Monica Apartments offer beachfront living paired with resort-style amenities. One and two bedroom apartment units available."

"The Shores is located in Santa Monica, California in the 90405 zip code. This apartment community was built in 1966 and has 17 stories with 532 units."