By IntraAmerican Institute for Democracy 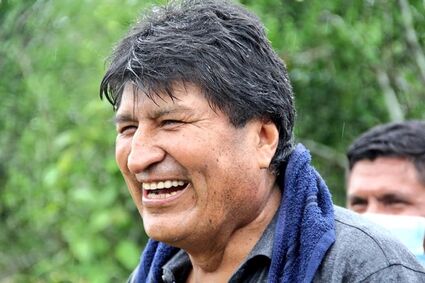 The United States Needs to Get Serious About Latin America

The United States needs to get serious about the Western Hemisphere and this means doing more than announcing foreign aid programs which may or may not survive congressional editing. China has replaced the United States as the leading trading partner for many countries of the region, but thousands of U.S. businesses are active in Latin America and the Caribbean. Millions of American jobs depend on trade with the Western Hemisphere. Illegal drugs smuggled in from Latin America continue to cost thousands of American lives....Read more >>

The Minister of Government, Eduardo del Castillo, revealed yesterday that there is no formal complaint about the theft of the cell phone of former President Evo Morales. Meanwhile, this theft resurfaced the tension within the Movement Towards Socialism (MAS)....Read more >>

Scandal in Bolivia: How the theft of Evo Morales' cell phone became a political case

From reproaches to the Government to accusations against "infiltrators from the right and even from the US embassy" have marked the police act, generating a series of comments and also ridicule....Read more >>

The independent Chilean deputy Gonzalo de la Carrera and member of the Republican Party committee punched on Tuesday the deputy of the Radical Social Democratic Party and vice president of the Lower House, Alexis Sepúlveda, who had to be treated in the Congress infirmary National....Read more >>

Petro to Withdraw ICC Complaint Against Maduro for Crimes Against Humanity

IN RECENT DAYS, the normalization of relations between the government of Gustavo Petro and the dictatorial regime of Nicolás Maduro has been in the news. This Wednesday the new ambassador of Colombia, who traveled to Caracas to present his credentials from him, assured that they would be evaluating the withdrawal of the lawsuit that his country issued against Maduro before the International Criminal Court for crimes against humanity in Venezuela....Read more >>

...there are drugs, death and fear, because the dispute between criminal groups subdues and silences the residents of Posorja, a rural parish in the canton of Guayaquil, in the province of Guayas. The locals do not want to talk about it. Even local authorities prefer to stay out of matters related to violence: an EXPRESO team confirmed this on the morning of Thursday, August 25, 2022, when they went to the parish government facilities. There wasn't even a security guard on site. ...Read more >>

Sister Lucía Caram did not like the visit of Pablo Iglesias at all to whitewash Kirchnerism, and she denounces that "Pablo Iglesias is also going to Argentina to play the victim and pat him on the back. Until when are we going to see that liars, populists and deceivers continue to join forces to continue deceiving people, it makes others feel ashamed", to which the television nun ends with a piece of advice: "Pablo, go back to where you were and let the Justice works in Argentina so that Cristina Fernández gets what she deserves."...Read more >>

Panic in Podemos: Evo Morales' mobile is stolen and they fear sensitive leaks about Iglesias

However, sources close to Podemos tell Periodista Digital that there is significant nervousness within the far-left party, because they consider that "there may be conversations with Pablo Iglesias and his business and plans in Latin America. A material that will generate great controversy if it comes to light". It is important to remember that, in January 2020, it was learned that Evo Morales paid 1.3 million 'by finger' to the Podemos consultant (Neurona Consulting) for 169 'mini videos' for social media....Read more >>

Chile, the roundness of the earth and flat earth

Regardless of the winner of the plebiscite on Sunday the 4th, the constitutional issue will remain open. Apparently the error was trying to impose the project of a single sector, of opposite sign, but the same error of Pinochet. I think there is only one solution, the national agreement, that is, the constitution as everyone's home, with rules of the game that are acceptable to all Democrats. For all of us who wanted the modernization of what existed, adaptations will only happen if the rejection wins, since there will be no support or incentives for an agreement by the victors, in addition to the fact that it would cost too much to recover the country from the division and the loss...Read more >>

Emmanuel Macron and his Tristesse

In his most recent public statement, the President of France, Emmanuel Macron, announces a true era of lean cows starting in the winter of 2022. Without saying so, he equates the reality we live in with the one that preceded the Second World War. For him, the social pact on which European democracies are based is leaking while the world economy is undergoing a process of transformation that does not seem to have a clear destination. And, of course, Europe is constantly exposed to the arrival of waves of immigrants from Asia and Africa that, although they have made it possible to have cheap labor, aggravate the crisis in public services and housing. For Macron, the coincidence in time of massive innovations that impact the modes of global production.....Read more >>

Daniel Ortega ordered this Monday, by decree, the creation of the "Nicaraguan Commission for the development of atomic energy for peaceful purposes" which has been interpreted in two ways: the first, as one more "bragging" by Ortega, and the second , as a probable advance of Russian interests in Latin America....Read more >>

Several of the Nicaraguan political prisoners detained in the months prior to the 2021 presidential elections have appeared this Monday before a court in Managua, in hearings without a clear reason and which, according to official media, show that they are in good health. . It is the first time that the Daniel Ortega dictatorship has released images of political prisoners after more than 400 days of arbitrary detention....Read more >>

The Nicaraguan opponents who are imprisoned in "El Chipote" and who are considered political prisoners by humanitarian organizations suffer from malnutrition and extreme weight loss, their relatives denounced this Monday....Read more >>

The Horrors Of Daniel Ortega: Persecution In Nicaragua, About Which Colombia Remained Silent At The OAS

On 12 August, the OAS called on its member states to send a strong message against that government. In the end The Organization of American States (OAS) condemned Nicaragua for "persecution" of the Catholic Church, "forced closure" of NGOs and "oppression" of the press, and insisted that Daniel Ortega's government would release political prisoners. At a special session of the Permanent Council, the organization's executive body, the resolution on the status of Nicaragua was adopted by 34 active members with 27 votes in favor, one against (Saint Vincent and the Grenadines) and four abstentions (Bolivia, El Salvador , Honduras and Mexico). The only absentee was Colombia....Read more >>

The government of Gustavo Petro ordered the permanent mission of Colombia to the OAS not to attend the meeting of the OAS Permanent Council, where the actions of the Daniel Ortega regime in Nicaragua would be condemned...Read more >>

Petro lends a hand to Castillo, a lonely president

The Colombian president wants to set the agenda for the region and lead what has been called the new Latin American progressive axis. A group from which the Peruvian president has felt excluded and which would include the Chilean Gabriel Boric, the Argentine Alberto Fernández and which Lula could join if he wins the next elections in Brazil....Read more >>

The Venezuelan Parliament establishes a legislative friendship group with Russia

The National Assembly (AN, Parliament) of Venezuela established this Wednesday a friendship group with Russia to deepen its relations with the Legislative of the Eurasian country, in an act in which the Russian ambassador to the South American nation, Sergei Mélik-Bagdasárov, also participated. ....Read more >>

Venezuela or the continuation of nothing

A few weeks ago I wrote an article on cohabitation and co-government in Venezuela as a mechanism to get out of the political, social, economic, productive, humanitarian and migratory crisis in which the country finds itself. I greatly appreciate the impact it had (positive and negative). The concept itself was not intended to be novel. In fact, we had already presented this idea in 2017, we had even taken the trouble to propose the institutional adaptations that it was necessary to formulate based on this proposal....Read more >> 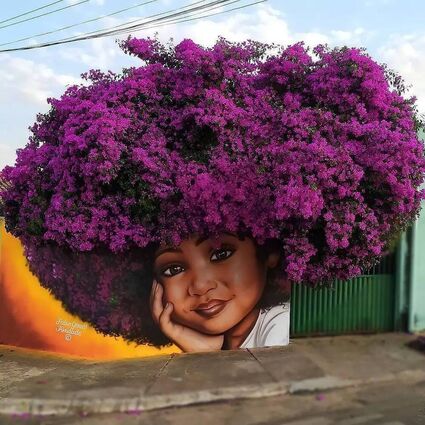 Excess mortality suggests that up to 62,000 Cubans may have died as a result of the pandemic -this is 600% more than the official toll