Ukrainians capture many hundreds of Russian Army soldiers who simply refuse to resist their advance. One Lt. General captured by Ukraine 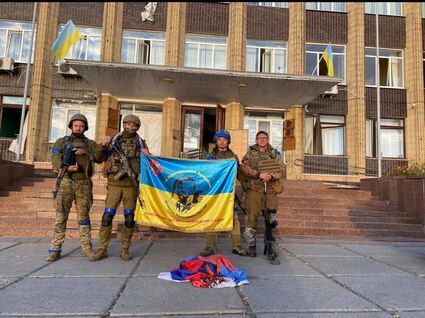 The Russian army appears to be in a state of collapse in Kharkhiv province, in the face of advances by around 30,000 Ukraine army regulars. Multiple sources on Twitter confirm that Ukraine has taken back some 50 settlements and villages, including Izium. The latter City has a pre-war population of 46,000. Wikipedia confirms that UA has liberated Izium, often spelled Izyum. https://en.wikipedia.org/wiki/Izium

If the Ukraine army takes back Izium, then the Russian Army "will also have to largely roll back to Luhansk Oblast, namely Severodonetsk and Lysychansk, where they still can have solid ground lines of communications," predicts Illia Ponomarenko, war reporter for the English Language Kyiv Independent. 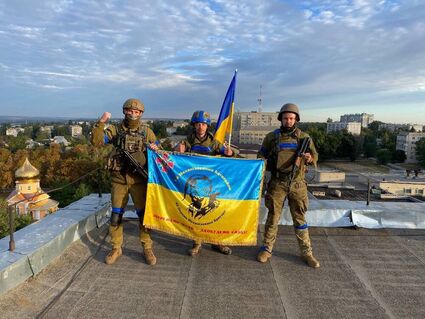 Separately, the Ukrainians are capturing many hundreds of Russian Army soldiers who simply refuse to resist their advance. One Lt. General has been taken captive. It is almost unheard of for an army to capture such a high ranking officer from an opponent.

Ukraine is "likely clearing pockets of disorganized Russian forces caught in the rapid Ukrainian advance to Kupiansk, Izium, and Oskil River," the Institute for the Study of War said.

Some experts are concerned about Ukraine's extended lines in the north, wrote Mark Hertling, a retired US Army Colonel. "If these were two normal armies there'd be reason for that concern. But Russia has not proven themselves capable of conducting effective counter attacks."

"My belief is that Ukraine's army in Kharkiv is executing a terrain oriented objective attack. They are doing this to further restrict Russia's lines of communication (supplies), using terrain to their advantage. Control of roads, railroads, and bridges are critical," Hertling tweeted.