Godzilla, Rodan: The Best Crimean Bridge Memes. As the Kerch Bridge Burned, So Did the Internet Memes

There is Putin in the painting "The Scream," walking on the burning bridge. 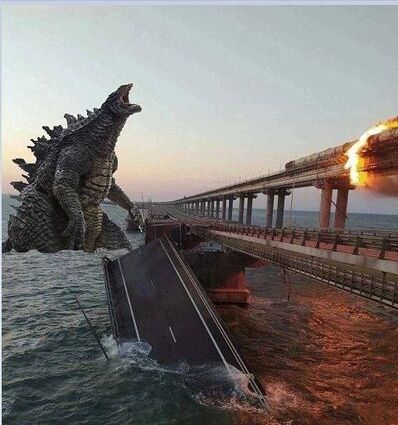 On October 7th, 2022, the bridge connecting Russia to Crimea, exploded. Ukraine hasn't formally taken responsibility, but it is presumed that they are behind it. Both sides have quietly said a bomb on a truck blew up, perhaps with a hapless Georgian driver who thought he was hauling cheese.

The memes started to flow hard and fast as soon as the bridge exploded. Rodan and Godzilla have of course, both appeared. "Select all the squares with the Crimean Bridge" is my personal favorite--none of the squares actually show anything but an empty sea.

There is of course Putin using the long table to patch the demolished bridge lanes. There is Putin in the painting "The Scream," walking on the burning bridge. 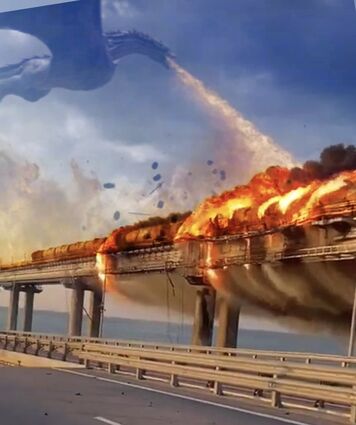