Santa Monica College Measure SMC bond issue: Too Much and Never Enough; and, JUST SAY NO on November 8 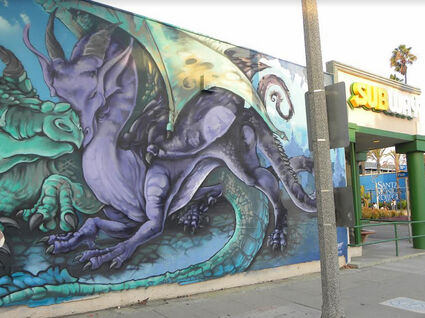 October 14, 2022 - The above statements by Mary Trump and Nancy Reagan summarize perfectly my feelings on Measure SMC. The statements should also summarize YOUR feelings. Measure SMC is Santa Monica College's LATEST attempt to pick your pocket, for a whopping $375 million---one of a seemingly endless stream of bond measures both passed and proposed by this fire-breathing dragon down on Pico. SMC has long fostered a heart-warming, virtuous/cozy/fuzzy community image, while hiding a voracious, seemingly insatiable appetite for your money. May I be so forward as to suggest that readers vote a resounding NO on November 8. I appeal especially to MALIBU voters, who may well wield the power to shoot down this latest outrage from SMC.

According to a Santa Monica Daily Press article of October 12 by reporter Emily Sawicki, if you own your Santa Monica home and the property is assessed at $1 million, on average, you would pay $293.19 per year more on your property tax were this measure to pass. Incredibly, if you are a Malibu homeowner (with Malibu's much higher average valuations), on average you would pay annually $796.15 - JUST FROM THIS BOND MEASURE ALONE.

If that seems bad for Santa Monica voters, imagine how it must look to Malibu residents. They'd be kicking in $125 million and might not see a single dollar in return, as the college is under no legal obligation to spend any of the money in Malibu. Unsurprisingly, the Malibu City Council voted 5-0, unanimously, to oppose this unbalanced bond measure.

According to Sawicki, the new bond is to create a "comprehensive green room, virtual reality, and sound stage facilities where faculty can record and stream high-quality, interactive learning content; a health sciences 'skills lab' featuring simulated hospital units for Respiratory Care majors; a state-of-the-art language learning center for group study, tutoring, and cultural events; a centralized area for the Photography program with a combined studio/classroom space for photo lab classes; a centralized facility for housing and loaning equipment to students such as Chromebooks, laptops, cameras, art kits, and more; and a Fashion Design digital lab and fabrication space with industry-standard software tools."

That all sounds like pretty important, urgent stuff. Enough need, certainly, to justify a third of a billion dollars more, right? (Sarcasm)

Also, according to Sawicki, "The passage of this measure would help SMC meet a crucial need within the community by providing on-campus housing specifically targeted for deserving, eligible, housing-insecure low-income students." How nice. Apparently, Santa Monica isn't already bearing enough of a burden in subsidizing housing for all the homeless, the rent-challenged seniors, and lower-income people in general. Now, we're told, Santa Monica/Malibu taxpayers also should subsidize student on-campus housing for the "housing-insecure" and who almost certainly are not, in that case, Santa Monica residents.

Per SMC's website, 86% of its students are from California, 7% from out of state, and 7% international (and, some of those, no doubt, "undocumented"). I was not easily able to find the no doubt very small percentage of students from strictly SANTA MONICA, which, somehow, is a figure of great interest to me, since I'm paying the bill. Yeah, Santa Monica/Malibu property owners alone are asked to continue to pay exorbitant amounts to subsidize the educations of people from outside Santa Monica. These students may be from as close as Beverly Hills or from as distant as China. But only Santa Monica/Malibu property owners are destined to pay the bonded debt. On what planet does that seem fair?

The college has this all down to a science. Months before the measure is to be put on the ballot, they make their smelly probing phone surveys from one of those out-of-the-area call centers, the questions obviously testing for the appetite for yet another SMC bond measure. They did that, right on schedule, in March of this year. When they sniff passage, they very rapidly register the measure for the next available ballot, copying and pasting from one bond measure to another the same tired, well-worn phrases - the ever-obsolete classrooms and labs, the leaky roofs/mold/seismic issues, blah blah blah. Play that sad violin, and appeal to those voters' hearts year in and year out, cuz, after all, it's for the kids, you know.

Usually, inevitably, the bond measure passes (in the present measure, only 55% is needed for it to pass). It passes because Santa Monica voters are mostly renters, who don't think they will have to pay for any of it. 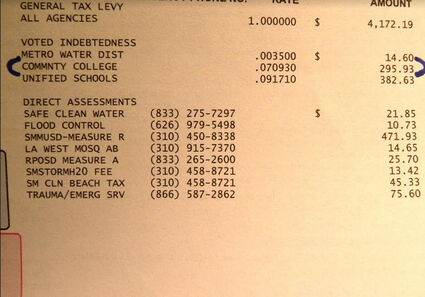 The dragon mural painting on the side of the Subway directly across Pico from that hideous architectural mess of a hulking, Brutalist-ugly campus building---and the forbidding building facade itself, which seems to symbolically turn its back on Pico---summarize it all. The college is financially out of control, wasteful, inefficient, and unaccountable. We've already handed you a BILLION dollars in just the past twenty years. What have you done with it, college? You want me to pay to educate other people's children in ever-improving hotel-worthy facilities most of whom are not even from Santa Monica. And now you want me to help house them, too. Shame on you, Santa Monica College.

VOTE A RESOUNDING NO on this latest money-grab.