David Depape is described as a Berkeley student who was the best man in a nudist wedding; made hemp jewelry; is a member of the Green Party 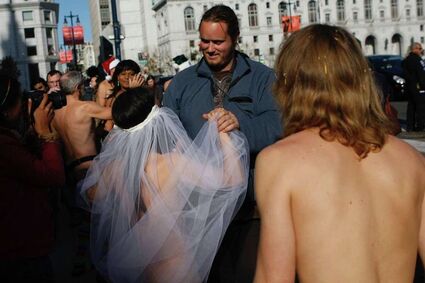 David Depape at a nudist wedding in 2013.

Breaking: What really happened Friday morning at the Pelosi house?https://www.smobserved.com/story/2022/10/29/news/it-doesnt-add-up-some-people-on-social-media-are-questioning-truth-of-the-attack-on-paul-pelosi/7191.html

San Francisco police arrived at Nancy Pelosi's residence to find her husband Paul Pelosi struggling with a homeless man over a hammer. Police directed both men to drop the hammer (which each of them had a hand on). Pelosi complied, whereupon he was beaten on the head by the suspect. Authorities then transported 82 year old Pelosi to Zuckerberg hospital in serious condition.

The Speaker of the US House of Representatives was not there at the time. Had she been there, Paul Pelosi would have been protected by Secret Service agents. But when Nancy Pelosi is in DC, as she was at the time of the attack, Paul is on his own in terms of security

David Depape, the attacker, is described as a homeless man, 42 years of age. He used a sliding glass door to gain entry to the residence. It's not clear who originally owned the hammer.

The SF Chronicle is reporting: "David Depape is described as a Berkeley student, Was the best man in a nudist wedding. Made hemp jewelry is a member of the Green Party"

The husband of Speaker Nancy Pelosi was hospitalized after being attacked with a hammer, the police said. The assailant was yelling "Where is Nancy?" according to a person briefed on the intrusion. 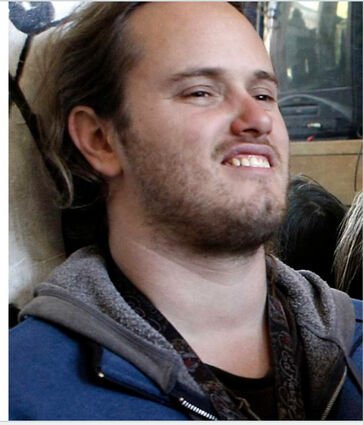 From Twitter: "David Depape is described as a Berkeley student, Was the best man in a nudist wedding. Made hemp jewelry is a member of the Green Party"

The San Francisco Police responded to a break-in at the Pelosi residence at 2:27 a.m. on Friday, Chief William Scott said in a news conference. The assailant, who pulled a hammer from Mr. Pelosi and "violently attacked" him in front of police officers, has been charged with attempted homicide, the chief said.

The intruder was in search of Speaker Pelosi, according to a person briefed on the attack, and confronted Mr. Pelosi in the couple's home shouting: "Where is Nancy, where is Nancy?"

A spokesman for the speaker said in a statement that Mr. Pelosi, 82, was taken to the hospital, "where he is receiving excellent medical care."

Paul Pelosi was in the news recently after being arrested for driving under the influence of drugs or alcohol (DUI).

San Francisco Police said on Sunday that victim Pelosi and suspect Depape, did not know each other prior to the attack. SFPD reaffirmed that the assault followed a break-in.

What's the latest with the gay prostitute angle?

https://www.sfchronicle.com/sf/article/live-updates-paul-pelosi-attack-17541903.php I copied and pasted the quote they cited from San Francisco Chronicle but couldn’t read the first article (this article I linked) that popped up bc they wanted a subscription from me before reading. Let me know what you find/can read from the SF Chronicle article.

Is it possible the attacker was a gay prostitute that was picked up by Mr Pelosi?