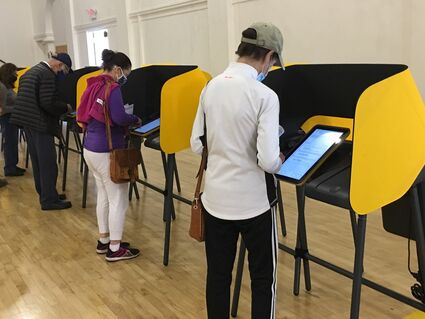 Our general election on November 8 is fast approaching! Voters may vote weeks early by mail, or drop their ballot in an official drop box, or vote in person.

LA County election information is available at lavote.gov. Voter registration continues, and serious procrastinators may even register in person up to and including November 8 with "conditional voter registration."

Fortunately here in California, the county registrars and secretary of state construct and Implement the finest process and elections system anywhere.

On a completely different topic locally, the Dodgers have been in the news as much as the candidates and campaigns. Can't say I'm a sports fan. Even though id rather be at a great movie at the Laemmle or a Springsteen concert than a ball game, it was fun to go a Dodger game with my friend from Connecticut early in their record setting season. Unfortunately the season did not end well and the predictions by baseball experts and sports pundits were wrong. Which is the common characteristic about elections and sports.

As legendary baseball manager YogI Berra once said, " I never make predictions, especially about the future." That is true advice about elections too . Political pundits, experts, pollsters and clairvoyants are " always wrong, never in doubt, without apology." I'm quoting myself from observations since University High School days back in the 60s.

And when the election predictions are wrong the prognosticators never say, " I was wrong," or, " I'm thru making predictions." Those shallow experts, worthless pollsters, cynical pundits always say...... " that was a surprise." 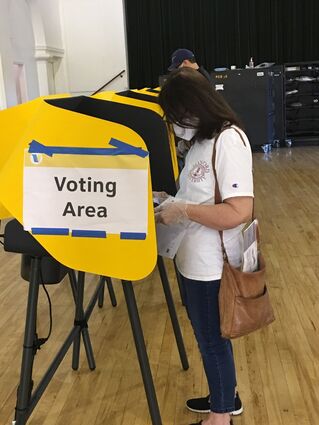 Here's what is also true about elections in constitutional republics - the future is not yet written and voters decide the outcome !!

Beware the irresponsible people who sit on the sidelines and make predictions...... not only do they contribute nothing positive to our republic and democracy, but by treating elections like a game they perpetuate apathy, controversy and cynicism. Reject and ignore the pollsters, TV pundits & political psychics.

Simply don't follow them ( or sports gurus ). Instead follow your heart and register to vote and vote in every election.