The Awful Truth: San Francisco Police Kind of Botched the Operation at the Pelosi Residence on October 28

After Pelosi opened the door but before Police could walk through it, police watched as the suspect struck Paul Pelosi over the head with a hammer. 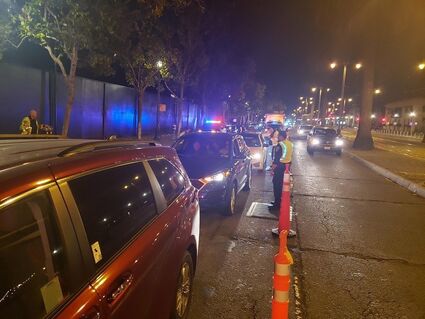 The charging allegations against David Depape, the man accused of attacking Nancy Pelosi's husband Paul Pelosi with a hammer at their residence, have been filed. He has been charged with attempted kidnapping, attempted murder and elder abuse in Federal Court in San Francisco. The allegations reveal details not previously revealed about the strange and awful attack on Mr. Pelosi.

When police reached the residence, Pelosi and Depape went downstairs to the first floor of the Pelosi residence. Pelosi opened the door for the SFPD. The door opened, but then the two men struggled over the hammer while officers were in the doorway. Then Depape, 42, stepped back and struck Pelosi, 82, over the head with his hammer.

"One officer ordered, 'Drop the hammer!'" the complaint said. "But Mr. Pelosi could not maintain his grip on the hammer. A second later, Defendant wrenched the hammer away from Mr. Pelosi, immediately stepped back, and lunged at Mr. Pelosi, striking Mr. Pelosi in the head at full force with the hammer, which knocked Mr. Pelosi unconscious."

The filing added that Pelosi passed out briefly and started to bleed from his head before medical help arrived.

"The officers rushed into the house, tackled Defendant, and disarmed him," prosecutors wrote. "Mr. Pelosi remained unresponsive for about three minutes, waking up in a pool of his own blood."

Paul Pelosi was interviewed on October 30th, after the attack (it's a relief to learn that he was doing well enough to speak to police 2 days after the attack). He told police he had never seen Depape before. He had been sleeping when Depape walked into his bedroom, introduced himself and demanded to see Nancy Pelosi.

He said he told Depape that his wife would not be home for several days. Depape said he would wait, but he wanted to sleep as he was tired from carrying his backpack to the Pelosi residence. Pelosi said he needed a bathroom break, grabbed a phone and called 9-1-1.

Depape was aware Pelosi had called 9-1-1. He used the same hammer he had used to enter the has through a glass window, to threaten Pelosi. They struggled over it during the 7 minutes it took police to arrive.

Federal court is more formal than State court, and Federal prosecutors are expected to prove their allegations. Those allegations are contained in the charging document called a complaint. Copies of the complaint are available online, at https://www.nytimes.com/interactive/2022/10/31/us/david-depape-criminal-complaint.html

Depape was arraigned on Nov. 1, at which time he was represented by the Public Defender's office. They entered a plea of not guilty on his behalf. The San Francisco DA's office asked Judge Diane Northway not to release DePape pending trial, and the judge agreed. Judge Northway also signed a protective order disallowing DePape from coming within 150 yards of Nancy or Paul Pelosi, or contacting them. 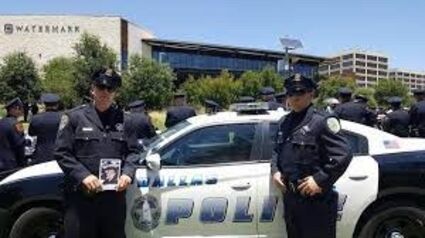 It has been previously revealed that Depape confessed his intent to kidnap Nancy Pelosi and "break her knees if she wouldn't tell me the truth." It is not clear whether this is an admissible admission. But given that the attack occurred in front of several SFPD officers, with their body cameras running, a conviction probably does not turn on the admissibility of Depape's confession.

Finally a comment: I don't like to criticize first responders, because they have to make split second decisions and deal with life and death in a way few of us can even imagine. They handle some of the worst imaginable offenders. But no doubt discussions will be held for years about how the Pelosi home invasion could have been handled better.

Arnies of Democrats or bots have linked to stories critical of your Pelosi story, and now search engines point to stories critical of the story because they are more popular. It just shows that anyone that can master insider trading, can lead an army of bots. It is the only story that makes sense, unless one believes that Depape is plain crazy and without any motives.