Kevin McCarthy Replaces Nancy Pelosi as Speaker of US House of Representatives, as Republicans Win Majority

The Republicans have already selected Kevin McCarthy as the next Speaker. Nancy Pelosi will not seek a Democrat leadership role. 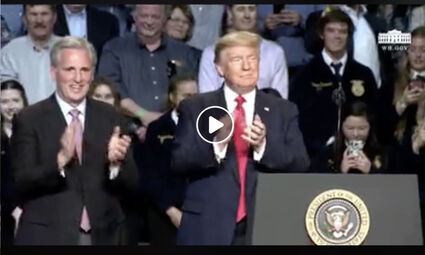 President Trump with Kevin McCarthy in 2020.

11.16.22-- A full 8 days after the US midterm elections, the Republicans have captured the House of Representatives. This according to the website RealClearPolitics.com, considered a reliable source of information about election results.

The House of Representatives has 434 voting members. 217 is half of 434, and 218 is a majority. According to the website, the House now stands at 218 for the Republicans, 210 for the Democrats with 6 House races still too close to call. 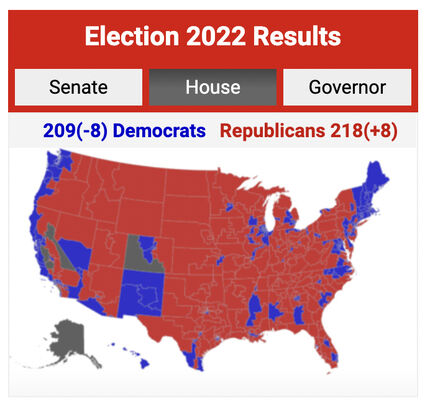 Nancy Pelosi, who has been the Speaker of the House of Representatives off and on for most of the last 15 years, will no longer lead the House. Well, at least not for the next two years. She plans to keep her seat, and those who know her, say she will probably die in office. At 82, she is said to be in excellent health. Pelosi, a Democrat from San Francisco, has said she will not seek to be House Minority Leader.

The Republicans have already selected Kevin McCarthy as their leader and the next Speaker. The Republican from Bakersfield has been the House minority leader for the last 4 years.

Meanwhile, on 11/15, former president Donald J. Trump announced that he will seek to be only the second person to serve two non-consecutive terms as President. The Republican nominee in 2016 and 2020 faces an uphill battle, as 2 in 3 Republicans do not support his 2024 bid.