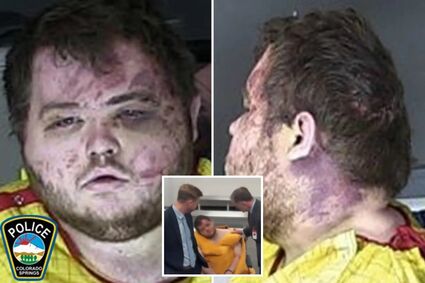 The entire Mainstream media tried to promote the narrative that the shooter was a Trump supporter, whose grandfather who is a conservative California assembly member. Turns out as they so often are, they're wrong again.

"The 22-year-old accused of carrying out a mass shooting at a gay club in Colorado Springs identifies as non-binary, uses they/them pronouns & "Mx." Left-wing activists immediately blamed Republicans and critics of trans ideology for the deadly shooting." tweeted Andy Ngo, a conservative journalist despised by the mainstream media.

On November 19–20, 2022, a mass shooting occurred at Club Q, an LGBTQ nightclub in Colorado Springs, Colorado, United States. Five people were killed, and 25 others were injured, 19 of them by gunfire. The accused, 22-year-old Anderson Lee Aldrich, was also injured and taken to a local hospital. 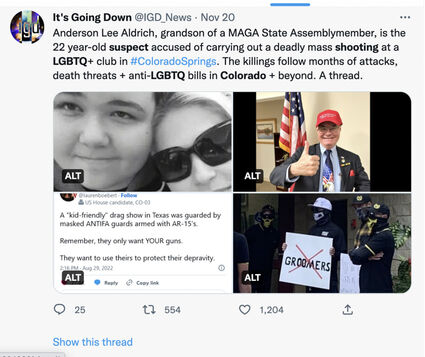 Typical tweet blaming conservatives for the shooting at an LGBTQ nightclub

It turns out Aldrich was a deeply troubled young man with a history. On June 18, 2021, Aldrich, then 21, was arrested after their mother reported him to have issued a bomb threat against her; Aldrich did not surrender initially, and in the resulting standoff, neighboring homes had to be evacuated.

However, no charges were pursued in the case, which was sealed.

There is also no record that the police or relatives attempted to trigger the Colorado "red flag" law, which would have allowed for the seizure of any weapons and ammunition that Aldrich had in his possession.