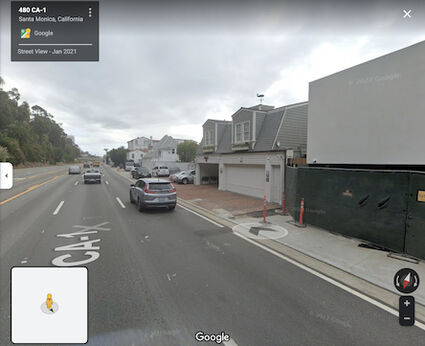 The 500 block of East PCH in Santa Monica was closed Thursday morning.

On 11/24/2022, at approximately 3:07 AM, SMPD Officers were dispatched to a vehicle vs. bicycle collision in the 500 block of southbound Pacific Coast Highway. Officers arrived on scene and located a Tesla with a single occupant stopped in the #2 southbound and the bicyclist lying face down on the west sidewalk of the 400 block of Pacific Coast Highway. The bicyclist had severe injuries and was pronounced deceased on the scene. SMPD’s Major Accident Report Team (MART) responded and took over the investigation.

The driver of the vehicle remained on scene and cooperated with the investigation. The driver was assessed and determined he was not impaired and had a valid driver license.

Both a SM Alert and Sig Alert were initiated due to the Thanksgiving Holiday traffic conditions. The scene and Alerts were cleared at 0753 hours. — Lt Rudy Flores Santa Monica Police Department