LA D.A. George Gascon Makes Child Rape Victims Show Up By Themselves at Parole Hearings of their Perpetrators

A "victim advocate" is not the same as a prosecutor; prosecutors used to come to parole hearings but Gascon now forbids it 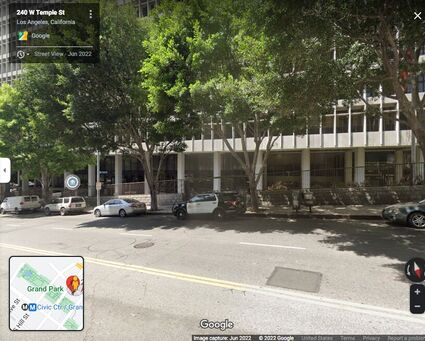 Parole Hearings take place at 210 W Temple Street, in the same building in which the District Attorney's office as administrative staff

In 1991, when Jamie S. was 13 years old, she was kidnapped, raped and sodomized by Danny Brown while walking to her junior high school. In 1991, Jamie S. and her family could rely on the governmental agencies responsible for investigating and prosecuting Brown. In 2022, that radically changed when Los Angeles County District Attorney George Gascon abandoned Jamie S. Although prosecutors in every other county attend parole hearings with victims, Gascon's policy is that prosecutors in his office may not, so Jamie S. attended the parole hearing of her rapist without a prosecutor, where she had to advocate for herself and for public safety.

Brown kidnapped Jamie S. and two other middle school students and sexually assaulted them in 1991. The police did their job and investigated Brown's crimes. The Los Angeles County District Attorney's Office did its job and prosecuted Brown. A jury convicted the defendant because Jamie S. and the other victims bravely agreed to testify against Brown, trusting the DA's office to seek justice and protect the public. Brown, who already had a prior record, was convicted by a jury of three counts of kidnap, nine counts of rape, one count of sodomy and one count of forcible sexual assault on a child under 14. Brown was sentenced to 107 years in prison. At the time of sentencing, the judge said the case was "a parent's nightmare. They send their kid to school in the morning to go on the bus to school or to walk to school and the defendant who is obviously a sexual predator on children - takes them and assaults them. . . . [T]he events were planned and premeditated. They were not impulsive. There were threats to kill. . . . He had brought with him [duct] tape at least on one instance. . . . [The children] were violated in person, spirit, in addition to their bodies being violated."

Victims have a Constitutional Right to justice and due process. California Constitution Article I, Section 28(b). Los Angeles County District Attorney Gascón's policies violate the Constitution and failed Jamie S. by deserting her when she needed protection most.

Jamie S. has a question for Gascón: "How dare you issue a policy that abandons me at the parole hearing of my rapist?" How dare you abandon your legal responsibility to be the sole representative for the People of the State of California at parole hearings? Penal Code section 3041.7. How dare you forbid trained and experienced prosecutors from reviewing the defendant's prison record, asking clarifying questions and giving a recommendation about whether the defendant should be paroled? Cal. Code of Regs., title 15, Section 2030(d)(2). How dare you make me be responsible for the safety of myself and my family and other school age children?

About one month before the parole hearing, Jamie S. received a letter from the prison notifying her of the parole hearing which started her reliving the nightmare all over again. Her 13-year-old self-resurfaced. All of the things she had suppressed came back with a vengeance. She thought he would never get out of prison. She could not believe that the man who had been sentenced to 107 years in prison for violently sexually assaulting 3 young girls was eligible for parole after only 31 years in prison.

At the parole hearing when Jamie S. saw the man who kidnapped and raped her when she was 13, she started crying, ran out of the room and threw up. Despite this, she chose to continue on at the parole hearing so that the parole commissioners and the defendant would hear her voice and know how the defendant's actions affected her life. Jamie is a survivor and wanted the Parole Board to know that Brown should never be released from prison.

Victims have a right to attend and speak at parole hearings of their offender. Penal Code Sections 3043(b)(1) and 3043.6. Victims have a right to have their safety and the safety of the general public considered before the defendant can be paroled. California Constitution Article I, Section 28(b)(15) and (16). Victims also are entitled to victim services. Penal Code Section 13835.5. Although Jamie S. did have the assistance of a victim advocate, victim advocates aren't prosecutors. Victim advocates do not have access to the defendant's prison record, nor does the advocate have the legal authority to oppose parole, leaving Jamie S. alone in opposing parole.

During the parole hearing Jamie S. heard the defendant as he recounted his crimes. "The first [kidnap and rape], it was by chance. . . I wanted her to hurt, pain. I looked around and I said, I can get away with it. And that's how I tapped the first one . . . ("tapped" is urban slang for having sex). The first one, it was exciting. I was in control and empowered and it was a tension release. It did feel good. And I wanted to catch that high again, that feeling again. And since I got away with it for the first time because of the way I was thinking, I said I could get away with it a second time. It would be easy. I went back to the same area. This time looking, planning to do this." He attempted to excuse his actions saying that young girls in his neighborhood were "aggressive" as if that made it ok to kidnap and rape young girls on their way to junior high school.

So why was the defendant who had been sentenced to 107 years in prison up for parole after only 31 years? Because in 2017 legislators in Sacramento passed Elder Parole (Penal Code 3055) which guaranteed every person over 60 years old who had served over 25 years in prison a parole hearing. Apparently that wasn't good enough, because in 2020, AB 3234 (Ting) amended Penal Code section 3055 and allowed every person who is over 50 years old who has served more than 20 years in prison to get a parole hearing. So, serial child molesters, serial rapists, serial murders who are over 50 years old get a parole hearing after only 20 years in custody. Brown is now 57 years old, so he qualified. Jamie S. has something to say to California legislators: "What were you thinking? What made you think that a serial sexual predator should get a parole hearing before serving his full sentence?"

On October 6, 2022, the Parole Board denied Brown parole for 5 years. He'll be eligible for another hearing in 2027. Before that, however, he can petition to have his parole hearing advanced. 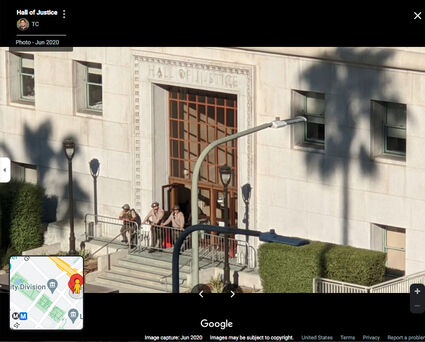 Across the street, at 211 W Temple Street, there are more offices of the District Attorney in the Hall of Justice

In addition to the unspeakable trauma from the inmate's sexual assault, the circumstances of the parole hearing caused Jamie S. untold anxiety because of the absence of a prosecutor. After the parole hearing she had nightmares about Brown, just like she had years ago. This has not deterred her, however. She is determined to assert her Constitutional right to attend Brown's future parole hearings and speak against his being released because she believes he will harm other young girls. She just hopes that at the next parole hearing a prosecutor will be there to do their job: represent the People and protect the public.

Jamie S. has chosen to share her story to highlight the injustice and dangerousness of Gascón's policies.

﻿Kathleen Cady is one of several former prosecutors who are providing pro bono assistance to crime victims in response to Gascón's policies.

Gascon is a despicable human being. Many people in Los Angeles will die due directly to his actions. His recall was a joke. The Leftist political machine rigged it which was to be expected of course. They threw out a huge percentage of signatures. Also the number of signatures necessary was based on inflated voter roles that have not been purged of deceased voters or those that have left the county.