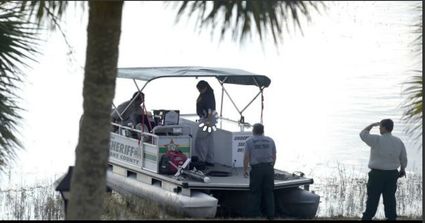 Tragedy has struck again Orlando, what can only be described as a week of hell. Breaking news that a two-year-old boy is missing after being violently dragged into the nearby water by an alligator near a Disney World hotel in Orlando, authorities said.

Update: 6/15, 4 p.m. EDT: Updated Breaking News: The 2-year-old boy, Lane Graves, whom witnesses said was pulled by an alligator into a lagoon near a Walt Disney World hotel last night has been found dead. The alligator drowned but did not eat the child.

Lane Graves was 2 years old, and was the child of Nat and Melissa Graves of Lincoln Nebraska. He had been dragged into the Seven Seas Lagoon, a manmade lake near the Grand Floridian Resort and Spa at around 9.30pm on Tuesday, Orange County Sheriff's Office spokeswoman Rose Silva told theOrlando Sentinel. He had been playing along the shore when the gator grabbed him.

Father Nat Graves apparently wrestled with the alligator in order to save Lane, but could not pry its jaws open. Reports state that there was a 'movie night' on the beach on Tuesday night, which is where the alligator may have attacked the child before dragging him into the lagoon.

An alligator expert said that they take their prey underwater and drown it. This is the alligator mating season, he said, and they are more territorial and aggressive in June. The time of day, sunset, is feeding time for them. In Florida, one should assume that every body of water has gators in them, he said. They can move through land to any body of water. Their bite is 2200 foot pounds, which is like a ton, so getting free of their jaws is hard.

The Grand Floridian Resort is one of three luxury hotels located along the lagoon's edge. It is a stop away from Magic Kingdom Park on the monorail line.

The Graves family checked into the hotel on Sunday. The death occurred on the third day of their stay. The coroner's investigation is not complete, so the family remains at the hotel. 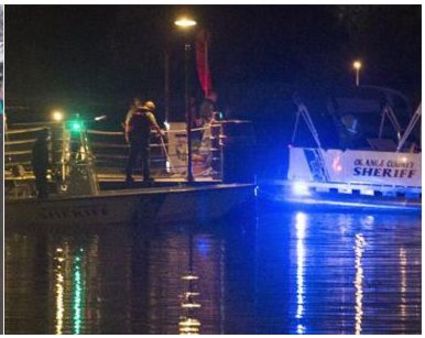 Orange County FL Sheriff's deputies searching the bayou around Disney Resort and Hotel in Orlando Florida, for remains of a missing Nebraska boy

Since 1948, there have been 383 documented alligator bites in the Florida. Of that number, 23 have been fatal attacks. Florida is a prime habitat for alligators. Wildlife officials believe there are more than a million of the animals in the state.

Most human bites are not the result of an alligator being aggressive, but rather of an alligator going after what they consider prey. Alligators are opportunistic feeders and will eat what is easy for them to get. Humans generally do not fall into that category, being too large to be easily overcome. But a 2 year old boy is much more vulnerable.

Update: The Orange County FL Sheriff, speaking at 1 a.m. EDT at Disney's Grand Floridian Hotel, said that fifty officers and 2 marine units, are searching for the child, on vacation with his family from Nebraska. He confirmed tht the facts above are essentially correct.

Too many zoo and attraction accidents where small children should be safe. Stringent rules for this sort of thing must be made by law, or such places closed for good. So terribly sad.