It's a National Problem; 1 in 10 Cal State Students are Homeless 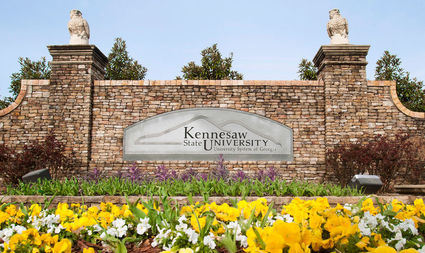 Kennesaw State decided to do something to help their homeless students.

As college campuses across the country begin fall enrollment, the increasing problem of homeless students is causing a flurry of concern. One university in Georgia decided to do something about it.

With the help of a donation of $25,000 from the Kennesaw-based Beacon Foundation Charitable Trust, Kennesaw state has dedicated an apartment on campus for temporary housing of homeless students. The students are allowed to stay up to 14 days, and the university's Campus Awareness, Resource, & Empowerment center will help them to find permanent, affordable, housing.

Marcy Stidum, director of the center, has said that she is already aware of five to seven students who will be taking advantage of the opportunity.

The apartment is mixed in anonymously with existing student residences.

Kennesaw State, about 20 miles from Atlanta, has an enrollment of about 32, 000 students. The campus has received national recognition for its work with homeless students. It has two food pantries on campus, and offers an assistance program for foster care students transitioning to college.

The number of American college and university students who lack permanent shelter or suffer from food instability is unknown, but administrators across the nation have seen a sharp increase over the last decade. Many students from poorer backgrounds struggle mightily just to get into college, only to find that the cost of housing near or on campus is just beyond their means.

In the not-to-distant past, it was possible for a student to work a part-time minimum wage job and, with the help of a manageable loan, be able to afford both school and housing, but the soaring cost of higher education is making it increasingly difficult for many young people to survive, even after they get accepted.

Since the 1980s, the cost of higher education in the US has risen at twice the rate of medical care, and three times the rate of shelter or food.

Cal State, the largest public university system in the nation, began to brainstorm solutions just this summer when a study was release showing that a shocking 1 in 10 Cal State students are homeless.

The study, which began in the Spring of 2015, found that between 8% and 12% of Cal State students were living in cars, couch surfing, or altogether on the streets. 21% to 24% are food insecure.

Researchers found that some professors actually kept food in their offices to offer to those students who seemed to frequently arrive in class dazed and hungry.

It is difficult to make homework a priority if you struggle daily to find food or shelter.

11 of the Cal State campuses have already taken steps to offer some form of assistance, most frequently in the form of a support center or a food pantry. The pantries might offer other necessities, too, such as toothpaste or deodorant.

Some of the schools have come up with their own inventive ways to offer assistance.

Fresno, for example, has a phone app available that notifies students if there is food left over and available for pick up after a catered university event. 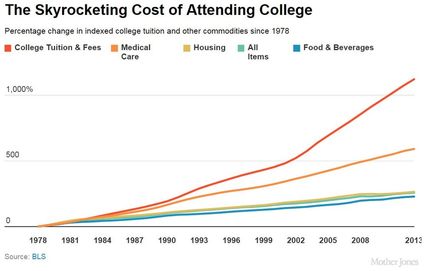 The cost of higher education has risen so rapidly that many students can no longer afford food or housing.

None of the school in California have gone so far as to offer an on-campus emergency housing solution like Kennesaw State.

When corporate taxes go down, funding for public higher education generally goes down as well, and tuition goes up.

For now, at least, it looks as if university and college campuses across the country are going to have to adapt to the needs of those many students who are trying to learn by day, but don't have a bed to sleep in by night.