Why Tuesday's Vote To Close SM Airport is a Huge Victory 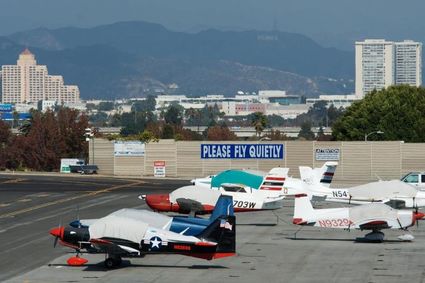 It is my great pleasure to forward City Council actions that we demanded for over 4 years!! The "FBO policy" which authorizes the eviction of Atlantic Aviation – which accounts for 90% of jet flight operations – is attached.

This vote represents nearly 100% victory by Sunset Park Anti-Airport (SPAA), dedicated activists such as David Klass, Ben Wang, David Goddard and Alan Levenson, and outraged residents such as yourself. Here are the key points.

Second, aviation leases ended July 1, 2015, but were extended with temporary leases and even a vote by the City Council to give 3-year leases – both of which we defeated with the help of outraged residents such as yourself. The FBO policy makes sure no new aviation leases will be given.

Third, the City passed a March 2016 leasing policy that prevents aviation businesses that generate flight operations from locating at the Airport. But a "wink wink" policy of allowing existing aviation businesses to stay without leases was in effect – for example all 15 jets housed at Gunnell Aviation stayed after Gunnell Aviation left. The FBO resolution ends this practice – we hope!! We will be in constant communication to make sure it does.

Fourth, SPAA for 4 years has urged the City to divide land use issues from runway issues. The FAA wants the runway open, but the City can force out 98% of runway users located at the Airport. Once they leave, 2% of flight operations is OK until court tests end. Both measures recognize for the first time that the runway might stay open, but most everything else can close now.

Fifth, the Closure resolution reaffirms the 1981 resolution that the City's official policy is to close the Airport. I found that 1981 resolution, after City staff had ignored it for 30 years.

Sixth, activists such as David Goddard and Ben Wang found that the Western Parcel – about 50 acres – is not under the 1948 Instrument of Transfer and can be permanently closed to aviation use immediately. Separately, the runway can be shortened thereafter – making large jet landings impossible. These measures are authorized to begin.

And eighth, a definitive timeline to get all this done is established: September 15 to begin evictions; December 31 to begin offering "legal minimum" aviation services; and March 31, 2017 for the City Manager to come back to City Council and residents to discuss what has been accomplished and what has fallen short. We will give you the biggest 'heads up" you have ever seen for March 31!!

In conclusion, a $2 billion public resource is being taken out the hands of a very few users, many of whom are wealthy, and made available to 90,000 residents. We look to Airport2Park to lead that effort. Take down those fences!!

I understand that its tough to walk the tightrope between 'legal minimum' and triggering an injunction, but the City Council in this meeting just crossed head first across that line. The twin eviction notices sent to Atlantic Aviation and American Flyers combined with the fact that the city entered into lease agreements with non aviation businesses (Snapchat) while denying aviation businesses leases will assuredly result in injunctive relief being granted. That will be catastrophic for the City's efforts to close the airport because it will remove from the City, virtually all its leverage and control over the leasing situation. It will also result in long term leases for aviation businesses, thereby kicking the can of closure possibility even further down the road. In the past month, the City Council, Rick Cole's office and Nelson Hernandez have succeeded in handing the other side a sure win scenario. Nice job counselor. The FAA is now in full wind up mode to nail the City hard.

The writer of this column is delusional at best. The Council is in full re-election mode and will do anything to collect votes. Most likely none of the actions listed will happen and any attempt to initiate those actions will result in millions of dollars more in legal fees and more lost lawsuits for the City.

The FAA sent the City last week a strong letter warning that any action on the resolution they passed on August 23rd would result in immediate court action. They promised the same thing when the City tried to ban Class C & D jets and the FAA easily prevailed in court. Notice that the entire resolution was tempered by the phrase ...as soon as legally permitted. Stein and our City Council - pure political buffoonery at what has become Bell by the Bay.