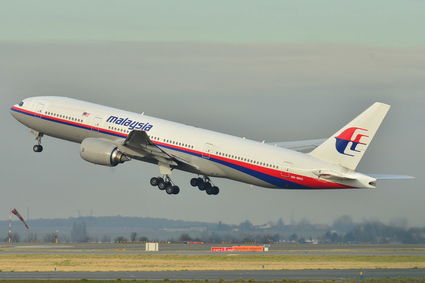 Photograph of the missing aircraft taking off at Roissy-Charles de Gaulle Airport (LFPG) in France, 2011

After nearly three years, the underwater search for missing Malaysia Airlines flight MH370 has come to an official end. The plane disappeared over the Indian Ocean on March 8, 2014, carrying 12 crew members and 227 passengers from 15 nations.

Next of kin of the MH370 passengers received a notification email on January 17, 2017, stating that the Australian Authorities have concluded the search with no success.

A public statement was also issued on Tuesday, at 2 pm Malaysia time, by the transport ministers of Malaysia, China, and Australia. The ministers represent the three countries that have been involved in the long-running search.

"The decision to suspend the underwater search has not been taken lightly nor without sadness."

The flight vanished from radar after taking off from Kuala Lumpur en route to Beijing. Pilot communication ended shortly afterward, at 01:19, and then the plane deviated wildly from its original flight plan, veering west and then south out over the sea.

The multinational search effort for the aircraft has been the largest and most expensive in aviation history. The search began in the Gulf of Thailand and the South China Sea, where the aircraft's signal was last detected on secondary surveillance radar, and was soon extended to the Strait of Malacca and Andaman Sea. Satellite communication analysis concluded that the flight continued until at least 08:19 and flew south into the southern Indian Ocean. Australia took charge of the search on 17 March when the search moved to the southern Indian Ocean. On 24 March, the Malaysian government noted that the final location determined by the satellite communication is far from any possible landing sites, and concluded that "Flight MH370 ended in the southern Indian Ocean."

Searches of the homes of crew and passengers led to the leaked discovery that the plane's pilot, Captain Zaharie Ahmad Shah, had a route on his home flight simulator which closely matched the altered flight path out over the Indian Ocean. This information was later confirmed by investigators, although they stressed that it did not prove the pilot's involvement.

Two of the passengers had stolen passports, but it is believed that they were asylum seekers 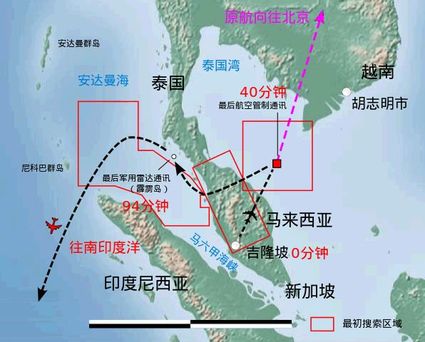 Several pieces of large debris have been discovered that likely came from the airplane, including items found on Reunion Island, Mozambique, and off the shore of Tanzania.

"Despite every effort using the best science available, cutting edge technology, as well as modeling and advice from highly skilled professionals who are the best in their field, unfortunately, the search has not been able to locate the aircraft," Tuesday's statement said.

"Today's announcement is significant for our three countries, but more importantly for the family and friends of those on board the aircraft. We again take this opportunity to honor the memory of those who have lost their lives and acknowledge the enormous loss felt by their loved ones."