Code of Ethics and fiduciary responsibility to taxpaying residents violated 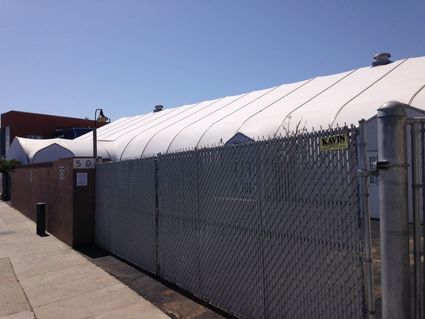 This Council is about to approve $1.6M in public funding for OPCC dba The People Concern, supposedly for the provision of homeless services. This is despite the City being on notice for at least two years of the provider's unlawful operations which include neglect, abuse and civil rights violations of clients, for example elder abuse and discrimination against individuals with disabilities. Further, OPCC is in violation of the grant agreement they have with the City, which should prevent the City from disbursing public funds to the provider. But the City prefers to look the other way, betray the public trust and disburse taxpayer dollars to this questionable agency often called OPCC as in "Oppressing People, Collecting Cash."

The City stubbornly covers up for OPCC's egregious treatment of the clients, and unlawful operations, despite them being common knowledge within the community. When interviewed by a KPCC reporter, Senior Advisor on Homelessness Alisa Orduña stated on the record that the City takes complaints about service providers seriously. Really? There's no evidence of that whatsoever. Quite the contrary - how about the two consumer complaints filed with the City Attorney's Office that were whitewashed, or the multiple instances where we spoke publicly about the problems at OPCC, only to be utterly ignored.

I took out a meeting with Ms. Orduña during the first week of her employment with our City. After hearing about the abuse, neglect and civil rights violations of OPCC clients, Ms. Orduña suggested that the clients put on a play about their ordeal. As a reminder, Santa Monicans sponsor Ms. Orduña's salary as the Senior Advisor on Homelessness to the tune of $11K per month. Let that sink in.

A recent exposé by KPCC gives an example of an OPCC Respite Bed Program client, whose death in the dorm went unnoticed by the staff until his corpse was in stages of early decomposition. A coroner's report is attached to the article and lists all the health conditions the client suffered from, but apparently received little attendant care for at the facility. I know of another Respite Bed Program client who had a bad reaction to the medication he was given over his protests, and spent four days in bed in a coma-like condition, in his own urine and feces, hardly eating, because the staff did not attend to him. The KPCC article also mentions a female client of OPCC who was kicked out back to the streets when four months pregnant with twins - she was offered no referrals and ended up sleeping in a tent. As a side note, this client sought assistance from Ms. Orduña prior to being kicked out from OPCC, but Ms. Orduña blew her off.

It is my belief that OPCC must clean up its act in order to regain the community's trust and financial support through public funding and private donations. As a Santa Monica resident I request that this City stop disbursing public funding to OPCC unless there is strict oversight of this questionable provider by the City, and unless there is full compliance with the terms of the grant agreement. I also request that the City stop violating its Code of Ethics, which is based on the principles of fairness, transparency, accountability and integrity.

I oppose the disbursement of public funding to OPCC dba The People Concern.

I am a disabled senior who worked all his life and is currently homeless. I have been a client of the Respite Beds program at OPCC for 499 days - out of that, 435 days with a shattered spine from a slip and fall on shelter premises. For fifteen months I have suffered there with no housing in sight even though I came in with a voucher that was subsequently lost by an OPCC case manager.

What OPCC markets and collects funding for as Respite Beds offers no attendant care. The nurse that works there literally has not asked me once about my broken back in the past year.

I had all my possessions stolen at the facility - valuables and irreplaceable documents.

I have experienced numerous threats to my safety and welfare by other clients, with no protection from the staff or security cameras. Three times I was threatened by staff with being ejected from the shelter for things like peeking through the kitchen door or other alleged infractions. All my grievances and complaints to staff have been ignored, including a complaint to the Director of Interim Housing.

It took OPCC one year to start filling out a housing application for me. Then it took them two and a half months to fill it out. Per doctor's orders I am not able to go in for my spine surgery until I am housed and can recuperate in decent conditions.

I have seen many people's health, including mine, deteriorate at OPCC due to the poor conditions and staff incompetence. Especially seniors, disabled people and geriatric clients go through hell there. No compassion or care.

As a disabled senior I feel betrayed by the system where publicly funded homeless services consist of neglect, abuse and civil rights violations.

I oppose the disbursement of public funding to OPCC dba The People Concern.

As a client of OPCC I experienced disability discrimination, harassment, as well as uninhabitable and unsafe conditions, including violence.

I arrived at OPCC a couple weeks before mandatory neck surgery to prevent the loss of use of my arms. After the surgery I could barely walk. I was given a bed far from the restroom despite many requests to accommodate my condition. Several times I was unable to make it to the bathroom and urinated before I reached it.

I received no care or attention from the nurse at the Respite Program. She once yelled, "Get out of my office, I don't like sick people," when I had pneumonia and came in for Tylenol. Even though my medical records stated "no Ibuprofen," that's what the nurse offered to me.

For several weeks in winter there was no heat in the tent-like facility.

I repeatedly witnessed clients do drugs and drink alcohol at the facility without any reaction from the staff.

Several times I was yelled at and physically threatened by OPCC staff.

As soon as I arrived at OPCC I was harassed by a client. Staff did not intervene despite my many complaints. The harassment culminated in an incident where I was physically attacked by the other client. The client proceeded to claim I was the aggressor and filed a criminal case against me. It was difficult for me to defend myself in court, but I prevailed. Still, the ordeal traumatized me, cost me $2,000 in bail and I almost lost my housing because of the false charges. OPCC did not help me through the ordeal at all. Today, over a year later, I remain so traumatized that I am afraid to leave my apartment for fear of being randomly attacked.

I spent a year and a half at an OPCC dba The People Concern facility. It felt like being incarcerated or institutionalized and I got no help with housing. The staff were disrespectful and talked down to clients. They would put the clients out for nothing, as a power trip.

When at the facility, I observed there was drug usage in the bathroom, unsanitary conditions in the kitchen and dining room, the food was hardly edible and definitely not nutritious, it came from the food bank. Case managers would serve food without gloves or hairnets. Dirty bathrooms and feces in the shower stalls were not unusual. The maintenance people only came about once a week, the other days clients had to do the chores. No toiletries were regularly available, only around the holidays when the volunteers brought some care packages.

I got a full time job within a week from entering the program and worked throughout my stay. It felt like I was being punished for being employed and a high functioning person. I was still expected to do chores even though other clients did not have to do them. Many times I went to bed hungry because the staff failed to save a late plate for me despite being aware of my work schedule. The harder I tried to better myself, the harder it got for me there. This is the opposite of what the OPCC mission statement says, that they empower people to rebuild their lives. 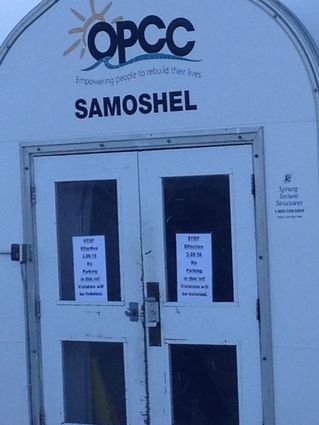 OPCC promises to empower people to rebuild their lives.

I was forced to attend groups or classes that were of no use to me, e.g. AA or drug groups even though I did not have a substance abuse problem. I filed a grievance once or twice and found out that the grievance process did not work: one staff member would cover for another and the paperwork would simply disappear.

I got housed fifteen months ago, but my case manager has only come by my place once - to fill out a form stating how many hours I work per week. In reality there is no individualized care or case management plans at OPCC, it's all on paper. When at the OPCC facility I had four or five case managers but they offered no help to me, I did not find housing through them.

My question is: where does the money go?

Out of control corruption! When it got this bad in the City of Bell, the corruption was exposed, those corrupt officials were removed, prosecuted and sent to jail. Hopefully that will happen here as well, and not too soon. Let's start with this new Homeless Director! Follow the money - it always leads to the answers. The homeless are merely a way for these scammers to line their pocket.