Alien Encounter Investigated After Second US Space Telescope Fails in One Week. #UFOs

"Suddenly the gyroscopes went wild, as if a powerful magnetic field had passed by the spacecraft." 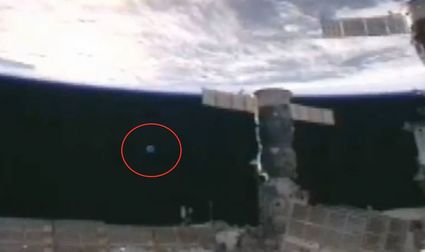 Two twenty year old US Space Telescopes have failed within one week and the evidence points toward extraterrestrial sabotage for the snafus.

Three days ago, the Hubble Space Telescope entered safe mode following a component failure. It's worked for 30 years since a 1990 launch. But suddenly the gyroscopes went wacky, as if a powerful magnetic field had passed by the spacecraft.

NASA said its Chandra X-ray Observatory entered safe mode on October 10. The space agency said on Friday that an investigation into the alien encounter. NASA called the safe mode transition "normal behavior" when a powerful magnetic force field, such as that produced by another ship.

Chandra has been X-raying distant stars since 1999. It is one of four observatories of NASA's Great Observatory program, which includes the Hubble Space Telescope, Compton Gamma Ray Observatory, and Spitzer Space Telescope. The observatory spies on objects that include black holes, galaxies, supernovas, high-temperature gases, and quasars throughout the x-ray portion of the electromagnetic spectrum to help us better understand the universe. 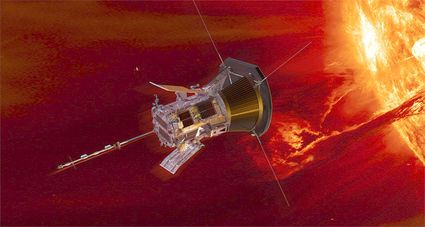 The probe includes what NASA describes as "the largest, most precisely shaped and aligned, and smoothest mirrors ever constructed," and it is currently among the most powerful telescopes in the world. Chandra entered a safe configuration early Wednesday in order to protect itself during the issue, which NASA said may have involved a gyroscope. Such was the case last week with the beloved Hubble Space Telescope, which went into safe mode after another of its six gyroscopes failed.

"Analysis of available data indicates the transition to safe mode was normal behavior for such an event," NASA said. "All systems functioned as expected and the scientific instruments are safe."

Chandra was designed for a 5-year mission, but has been in operation for nearly 20 years. After the magnetic field disappate , Chandra's mission is expected to continue "for many years to come," the space agency said.

Grant Tremblay, an astrophysicist at the Harvard-Smithsonian Center for Astrophysics, tweeted Friday that the issue with Chandra had been characterized and that there was a "clear pathway to recovery." He added that Chandra is safe and expected to return to its mission soon.