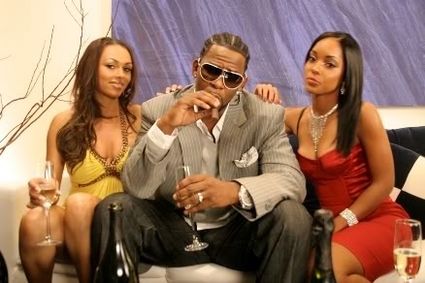 R. Kelly and his entourage. Legal experts agree charges against the singer will be dismissed as stale.

Summary: The Ex Post Facto clause of the US Constitution bans altering a statute of limitations, if it allows a defendant to be charged for offenses that at one time were beyond the Statute of Limitations. The crimes alleged against R. Kelly occurred before 2010, and before a 2015 revision of the statutes. For this reason, Courts will ultimately dismiss all current charges pending against the notorious singer.

R Kelly has been charged with 10 counts of aggravated criminal sexual abuse, at least nine of which involve minors. The allegations occurred between 1998 and 2010. In that time period, that statute of limitations governing allegations of sexual assault was three years.

In 2015, the State of Illinois passed Ill. Comp. Stat. 720 ILCS 5/3-5, 5/3-6, 5/3-7. This eliminated any statute of limitation for crimes of sexual penetration, where the defendants DNA had been entered into a crime database within 10 years of the crime.

However, the US Constitution forbids ex post facto prosecution.

An ex post facto law (corrupted from Latin: ex postfacto, lit. 'out of the aftermath') is a law that retroactively changes the legal consequences (or status) of actions that were committed, or relationships that existed, before the enactment of the law. In criminal law, it may criminalize actions that were legal when committed; it may aggravate a crime by bringing it into a more severe category than it was in when it was committed; it may change the punishment prescribed for a crime, as by adding new penalties or extending sentences; or it may alter the rules of evidence in order to make conviction for a crime likelier than it would have been when the deed was committed.

The R&B star, whose real name is Robert Sylvester Kelly, has faced decades of claims of sexual abuse against women and teenagers below the age of consent.He has never been convicted and has previously denied other allegations.

An arrest warrant was issued, and the 52-year-old turned himself in to police in Chicago later on Friday. His lawyer says he is "shell-shocked".

Steve Greenberg told The Associated Press that his client was "extraordinarily disappointed and depressed" by the charges and maintains his innocence.

The indictment come just weeks after a documentary series called Surviving R Kelly aired. The documentary contained decades of allegations of abuse against R Kelly, from many women, including the singer's ex-wife.

They say they took place between 1998 and 2010. Documents say at least three of the victims were aged between 13 and 16 at the time of their reported assaults.

Cook County State's Attorney Kim Foxx said he could face a maximum of seven years in prison for each count. A no-bail arrest warrant has been issued for Kelly.

Mr Greenberg, his lawyer, told AP that he had offered to sit down with prosecutors before the filing to describe "why these charges are baseless" but said they refused. 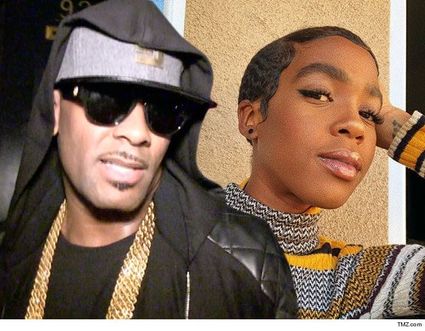 Lawyer Michael Avenatti has said he is representing six people, including two alleged victims, making allegations against Kelly. At least one of the victims is included in Friday's indictment, he said.

Avenatti came forward last week to say he had uncovered and handed over previously unreleased footage showing Kelly engaging in sex with an underage girl to prosecutors.

The lawyer says the 40-minute tape, believed to be shot in 1999, shows him having sexual intercourse and engaging in other sexual and lewd acts with a 14-year-old. He has alleged both Kelly and the girl "repeatedly" reference her age as being 14 in the video.

Kelly was previously acquitted over another video tape of a similar nature in 2008.