Motive is unclear, both young men were students at Santa Monica College. 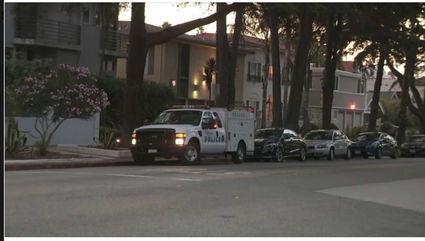 Security camera footage from the 900 block of Lincoln Blvd

Chris Mondev graduated from santa monica high school in 2017. His friends regarded him as a troublemaker, a risk taker, but never imagined that he would take his younger brother Charlie's life. That happened Sunday afternoon, about 2 blocks from his home.

Mondev, 21 was in custody today on suspicion of killing his brother in Santa Monica.

Charles Mondev, 19, of Santa Monica was shot and killed at 6:35 p.m. Sunday in the 900 block of Lincoln Blvd, the Santa Monica Police Dept confirmed.

"Two brothers were involved in a dispute resulting in one of the brothers shooting the other," said Santa Monica police Lt. Candice Cobarrubias. "The one shot was pronounced at the scene." The coroner's office listed 6:39 p.m. as Mondev's time of death.

When police arrived on scene, they found Charles Mondev with a gunshot wound, said the SMPD. He was pronounced dead at the scene.

A person who identified himself as the victim's brother told police he had been in a "dispute" with his sibling, police said. The brothers lived in an apartment with their parents.

Liz Kelly, a woman who was in the area Sunday evening, said she saw about 20 to 30 officers wearing bulletproof vests descended on the scene. The street where the incident happened appeared to have mostly been cleared by Monday morning.

Authorities provided no further details. Many local people knew the brothers from SamoHi, and said they they rode motorbikes together as kids, through the decidedly quiet neighborhood. 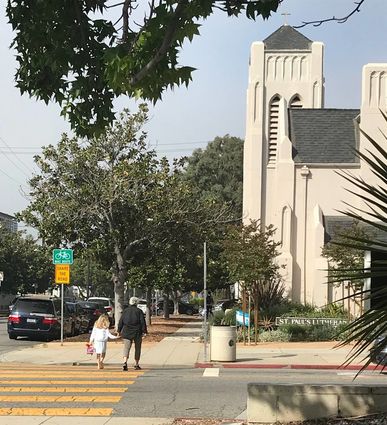 A grandmother walks a grandaughter in the 900 block of Lincoln Blvd.

Here's the press release from Lt. Candice Cobarrubias of the SMPD: On August 25, 2019 at approximately 6:25 pm, Santa Monica Police Officers responded to the 900 block of Lincoln for a call of a Shooting. Upon arrival, it was determined that one of the brothers used a small caliber handgun to shoot the other inside their residence. The brother who had been shot, suffered from a fatal gunshot wound and was pronounced dead at the scene. The investigation is on-going and the motive for the shooting is still being determined. The suspect, Christopher Mondev was taken into custody without incident and booked for 187(a) PC - Homicide.