Insider at the NTSB briefings says pilot wanted to land at Burbank Airport because of fog. Kobe just said "no." 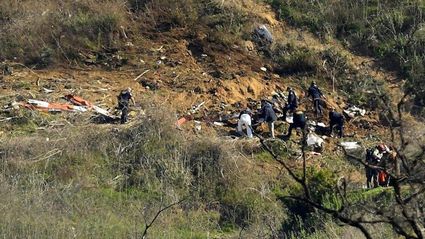 Investigators at the Calabasas crash site.

A source who has been attending NTSB briefings for relatives of the Sunday, January 26, 2020 crash that took the lives of nine people, including basketball star Kobe Bryant, says that to a limited extent, the crash can be blamed on Kobe himself. This according to reports appearing in the LA Times.

The source, who asked not to be named, says that air traffic voice recordings substantiate that Ara Zobayan, the pilot of the doomed helicopter was concerned about heavy fog over the Calabasas flight path. He suggested that the helicopter turn around, land at Burbank airport, at a lower elevation. And then the party of eight passengers could take private automobiles to the Thousand Oaks event location. But Bryant overruled his concerns.

The relevant parts of the LA Times' article reads as follows:

"(pilot) Zobayan passed over the Los Angeles Zoo Sunday morning and requested to enter the controlled airspace around Burbank using "Special VFR" clearance because weather conditions had deteriorated to less than the minimum visibility for regular visual flying. At that point, pilots landing at Burbank and Van Nuys airports were required to fly using instruments. Zobayan was directed to "hold" while airport traffic cleared."

Another pilot who has flown celebrity clients like Bryant, noted that Zobayan bypassed Burbank airport and instead made the fateful decision to continue flying West.

Kurt Deetz, a former pilot for Island Express, told The Times he flew Bryant from 2014 to 2016, almost always in the same chopper - N72EX, "Two Echo X-ray." Bryant favored the model, which is preferred by celebrities for its comfortable interior and solid safety record, Deetz said. When Bryant retired from the NBA in 2016, he flew out of downtown Los Angeles in the same helicopter, wrapped in a gray-and-black paint scheme with his Mamba emblem on the side, Deetz said.

"If the weather was poor, Deetz said, Bryant's pilot would take one of two routes: over the Cahuenga Pass or continue up the freeway over the Los Angeles Zoo. When visibility was especially poor, he would fly over the zoo because it was at a lower elevation than the Cahuenga Pass."

"To continue was a critical decision. He could have anticipated the risky weather ahead and landed at Burbank. But pilots can be reluctant to call off a flight, Deetz said, especially with a VIP client. He said he's done it - called his passenger an Uber or, in Bryant's case, his private driver - but it's not easy."

At 9:47 am on January 26, 2020, a Sikorsky S-76B helicopter crashed in Calabasas, en route to Camarillo, California. It was carrying former basketball player Kobe Bryant, his daughter Gianna, six family friends including coach John Altobelli and his wife and daughter, and the pilot. All on board were killed. https://en.wikipedia.org/wiki/Death_of_Kobe_Bryant 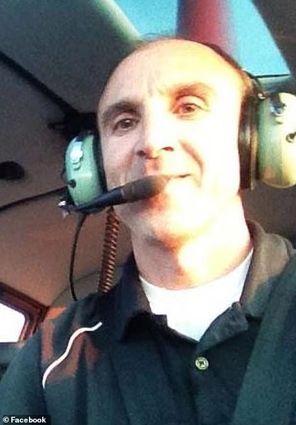 Pilot Zobayan hovered over LA's Griffith Park Zoo as he requested permission to land at Burbank Airport. Then he continued to Camarillo anyway.

At the time that N72EX took off from SNA, visibility was 5 miles with a cloud ceiling of 1,300 feet (400 m), and it was operating under visual flight rules (VFR).

Flying above the clouds would have been possible if the pilot had elected to operate under instrument flying rules, but that would have led to lengthy delays and detours (thereby using up any anticipated time savings) due to severe congestion in Los Angeles controlled airspace.

The helicopter would not have been afforded priority in such airspace because of Bryant's celebrity status.

Total BS. There is zero evidence that the pilot wanted to land at Burbank and Kobe overruled him. This is what you call fake news.

Excuse me. It does not matter what a passenger says to a pilot. Even if this could be proved, and it cannot, it does not change anything. Read 14 CFR 91.3 which is the applicable FAA regulation defining responsibilities. Speaking as a former jet charter pilot, passenger pressure is part of the job, like weather. As is clearly defined above, it is entirely up to the Pilot In Command to make flight decisions. A pilot, especially a professional pilot can not shift his responsibilities onto a passenger - ever. The pilot is solely responsible for the outcome of the flight.

You're sure, huh? Get back to us when you have absolute proof of your twisted claim. Until then it's just another outlandish conspiracy theory made in very poor taste by yet another weak mind.

Pilot made the error by flying in heavy fog. But I am sure that Kobe forced the issue by demanding to be taken to his destination even when the weather dictated the flight should have been cancelled. Rich, entitled celebrities don't take no for an answer from some lowly working class slob.

Your poor excuse of a story is baseless which leads me to wonder if your name is really who you say you are.

Blame the crash on Kobe? On Kobe??? That is am extremely irresponsible and offensive statement. Can't you let his family grieve first before you start pushing your sick conspiracy theory? Have you no decency?