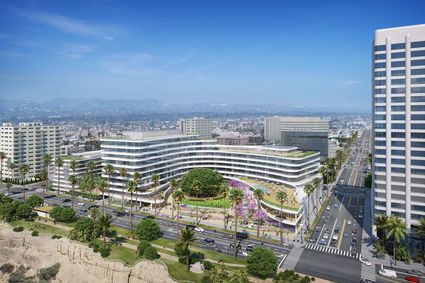 The Santa Monica Transparency Project has written an Open letter accusing SM City Council member Gleam Davis of a conflict of interest regarding the proposed expansion of the Miramar Hotel, a project which has been in the works for about a decade.

Michael Dell, the largest shareholder in Dell Inc., also has a large interest in the Miramar property at the northeast corner of Ocean Avenue and Wilshire Blvd., the group says.

The property, which once belonged to Sen. John P. Jones, the founder of Santa Monica, is now the site of the Fairmont Miramar Hotel and Bungalows, a local landmark.

Dell wants to develop the property by tearing down buildings from the 1920's and 1980's, and replacing them with a far larger and more intensive set of buildings. This proposed expansion has met with strong opposition from the community concerned about a potential traffic gridlock, among other issues.

The Transparency Project’s website says they are “an all-volunteer group of Santa Monica residents concerned about openness, accountability, and conflicts of interest involving our city elected officials. Identifying, and fully resolving conflict of interest situations is crucial to good governance and maintaining public trust.”

An except from Mary Marlow's letter on behalf of the group to Interim City Attorney George Cardona follows:

Re: Councilmember Gleam Davis Actual and Apparent Conflict and Appearance of a Conflict of Interest Concerning the Miramar Project

The Santa Monica Transparency Project writes to you about the serious issue raised by Councilmember Gleam Davis' participation in the considerations over and possible vote on the Miramar Hotel project.

We understand that you are already looking into the important ethical, public policy and legal issues squarely raised by these facts. At this time, more than ever, with conflicts of interest in the public sector so rampant nationally and corrosive, it is vital that our City avoid them. Especially for a public entity, actual, apparent and the appearance of conflicts are each destructive of public trust and good governance. Here, we believe we have them all.

We read with some dismay Ms. Davis' comments on this issue in today's Lookout News. For an attorney and long-time public official (Planning Commission, City Council) her view of what would constitute a conflict appears exceptionally narrow. She seems to limit a conflict to a direct financial benefit to her family from the approval by the Council of Michael Dell's hotel or her husband's compensation being directly linked to Mr. Dell's private investments. While Michael Dell is the namesake, Founder, Chairman, Chief Executive Officer and a major shareholder of Dell, she rests on "it is owned by shareholders-not Michael Dell." Conflicts, especially for a public official such as Councilmember Davis, who is considering a controversial multi- million project, are, of course, broader than this.

Necessarily, there is a higher standard in the public sector. "Conflicts of interest in the public sector are particularly important because, if they are not recognized and controlled appropriately, they can undermine the fundamental integrity of officials, decisions, agencies, and governments . . . [I]n the public sector a conflict of interest arises "when a public official has private-capacity interests which could improperly influence the performance of their official duties and responsibilities.""Managing Conflict of Interest in the Public Sector, OECD, 2005 (emph added)

We ask that you consider these questions: If Councilmember Davis were to vigorously and publicly lead an opposition to the Miramar project, or vote against it, would or could that impact her husband's job or advancement, or at least raise this issue? It would surely not be a good career move for her husband. Would a reasonable person think that her husband's job might be a factor in her mind about whether to oppose? Might the opposite be true that to support might be helpful?

Could, or should, Ms. Davis' husband if he were a Councilmember participate in deliberations on and/or vote on the project owned by his boss? Imagine! Clearly not. That should apply here to his wife Councilmember Davis as well.

We believe that there can be no doubt that if Councilmember Davis were to participate in the Council's deliberations on Miramar and/or vote on it, it would raise to a reasonable member of the public the appearance of a serious conflict of interest and she should recuse herself immediately on that ground alone. 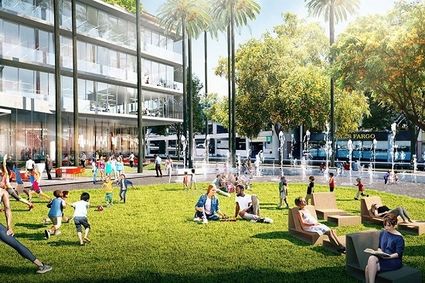 Additionally, we believe that there is both an actual and an apparent conflict-as the spouse she profits from her husband's current work for and continued work and advancement in a company that is at its core Michael Dell's company, the same Michael Dell who is the owner of the Miramar project on which, if not recused, she would vote.

Obviously, it is important to get this right. Councilmember Davis' participation in the Council deliberations, decision making and/or voting can potentially invalidate the process. It would surely lead to further public distrust of the Miramar Hotel process and increase cynicism of Santa Monica's government.