Construction Ceases at Apartments on the Corner of Lincoln and Colorado

Hammers fall silent on block apartment building on nearly a one acre lot. 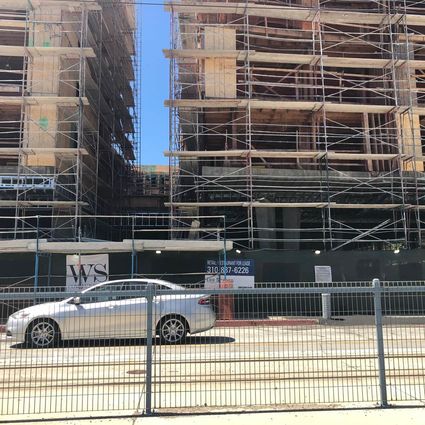 The Lincoln and Colorado site under construction in August of 2020. No progress has been made since then--the site looks the same in late January 2021.

You may have noticed the block apartment building that replaced Denny's at the corner of Lincoln and Colorado Avenue, on your way to the 10 Freeway. It’s hard to miss. The thing blocks out all the light from the West side of Lincoln, and helps create an urban canyon.

No progress has been noted there in over six months.

The project was fully framed, and then the hammers and circular saws fell silent. Neighbors are beginning to wonder whether the project remains fully funded and on a path to completion.

The Expo Line train rumbles by all day, and Lincoln Blvd has plenty of traffic. Two bedroom apartments there would have leased for roughly $5500 a month, pre pandemic.

But Covid-19 has called everything into question.

Most of the folks moving into such projects in the last decade, have been young technology employees at Google, Facebook and other big tech companies. Will such renters pay a premium to live in dense urban environments in the future? No one knows for sure. 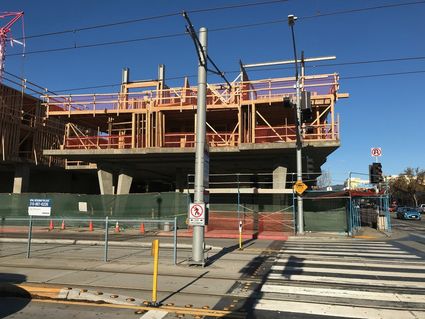 The Lincoln and Colorado site under construction in December 2019

WNMS Properties or WS Communities, which owns the site, has announced its intention to liquidate its entire portfolio. “Developers of the site WNMS have confirmed construction will resume to complete the project,” writes City Communications chief Constance Farrell. She thinks the furlough is temporary, but personally, I have my doubts.

It’s difficult to re-start a furloughed construction site midway. The new guys don’t know for sure what’s been done, or whether it’s been built correctly.

Neil Shekhter, who runs WS/NMS, seems to have decided that 2020 was the top of the market for high density housing in downtown Santa Monica. Judging the market correctly has made Shekhter a wealthy man.

It’s a guess, but I believe he’s walking away from Lincoln and Colorado. And that’s the real reason the hammers have fallen silent. JMHO