Some Republicans Rush to Endorse Caitlyn Jenner for Governor of California After Recall of Gavin Newsom. Me, For One 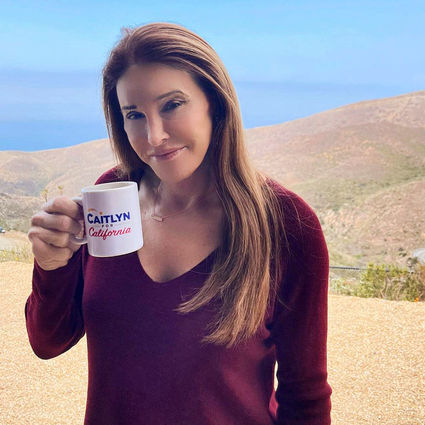 About 15 years after California's last Republican Governor, elected in a recall, complained about all the "girly men" in Sacramento; the leading Republican candidate in California's next recall election is, well, a girly man. As a Republican, I couldn't be happier about it.

At a 2011 graduation, Arnold Schwarzenegger jokingly shared with Cal Berkeley graduates his secrets to success in America. "Rule number three: Marry a Kennedy," he said. Marrying into the Kardashian family was a brilliant move for the former Bruce Jenner, a father of six.

Caitlyn, 71, is related to the Kardashians through her marriage to Kris Jenner - making Kim, Khloe, Kourtney and Rob Kardashian her step-children.

The Keeping Up with the Kardashians star told Axios, who first reported the news of her campaign, that "for the past decade, we have seen the glimmer of the Golden State reduced by one-party rule that places politics over progress and special interests over people." She is "running as someone that's socially liberal and fiscally conservative," a campaign adviser is quoted as having said.

"Jenner's campaign has sparked controversy," says People.com, "especially given that the Republican party has a history of anti-LGBTQ policy. Detractors have also questioned her credentials: She has never held office and has only voted in nine of 26 elections since 2000, Politico reported, citing L.A. County records."

Ah yes, but that's why she's perfect. Like Donald Trump and Schwarzenegger, she's an outsider politically, and not an ideologue. She can work with both sides to address California's true problems: Out of control spending, "Wokeness" selected over practicality, overcrowding, political correctness, homelessness and crime.

Caitlyn Jenner said that trans gender athletes should not compete against biological females "because it wouldn't be fair." This is obvious, but if any other Republican had said it, the mainstream media would have rushed to cancel her. With Jenner, they said nary a word. The left and their friends in the media will struggle to criticize Jenner, because (duh) she is LGBTQ. This fact is at the center of why she is perfect for the Party, and for the State.

Some on the left say that California will spend $400 million on this election, at a time when Gov. Newsom's poll numbers indicate 59% approval.

California has 10.5 million registered Democratic voters and 5.7 million registered Republicans. But even if you set that fact aside for a moment, the people who respond to pollsters lie to them (google Bradley effect). The polls were wrong in 2016 about Trump, and they are wrong now about Gov. Newsom.

Everyone that I talk to in California loathes the current governor. Why wouldn't they? While Sacramento passes bill after bill requiring that more classroom time be spent studying racism, which is not a problem in California or the US at all; the homeless live under every overpass, prices for homes are out of control, gas costs $5 a gallon, and taxes are 40%. California has lost 500,000 residents in ten years, and the State is mulling over whether it can continue to tax them even after they've fled. 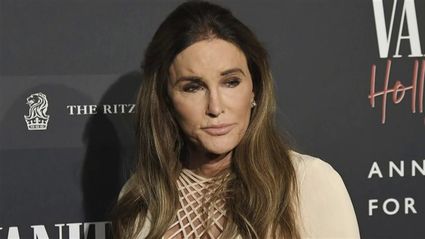 Caitlyn Jenner says that trans gender athletes should not compete against biological females "because it wouldn't be fair."

The polls were taken before an estimated billion dollars is spent on negative campaign ads. They will point out that Newsom locked up all the good people in their homes, released all the prisoners, then violated his own health orders by going to the French Laundry restaurant etc.

Golden state residents are truly sick of seeing mentally ill homeless living in places where their children cannot afford to buy homes, while our taxes just keep getting raised.

Besides, pollsters haven't yet conducted polls with Caitlyn Jenner in the race.

She will inspire folks, esp. young white males, by showing you can grow up to be an Olympic hero. Then marry into the Kardashian family, realize you've been a woman all along, undergo surgeries and hormonal therapy. Then put on a dress, become a reality TV star, and run for Gov. of the State of California.

One day soon, Jenner will give the state of California the leadership it deserves. And I have a front row seat to the whole thing. I'm so stoked.