After demanding sex from a woman, the suspect ran over the male victim, her boyfriend, several times with his own vehicle. 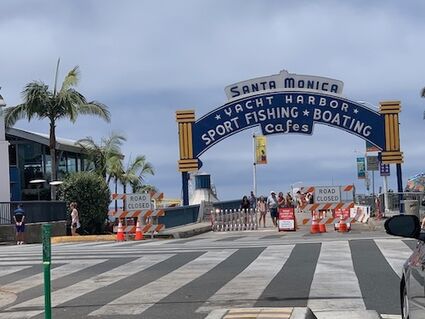 The barrier at the Pier end of Colorado was the scene of a terrible crime early Saturday morning.

A young couple were confronted by a homeless man in Parking Structure 8 in downtown Santa Monica at 1:20 am Friday morning, July 2 2021.

The couple were attempting to get into a white jeep with no roof, when the suspect jumped out at them. "You're not leaving until I have sex with her!" he reportedly shouted. He then started pulling the young woman out of the car.

The man jumped out and scuffled with the suspect. The couple re-entered the vehicle, thinking they would then drive off.

When they reached the exit, the suspect again demanded sex from the girl before the couple could drive off. He jumped into the car and on the woman. The male victim pushed him off of her, and she ran away from the vehicle.

At this point the suspect jumped into the drivers seat and put the jeep into reverse, driving back and forth across the male victim several times. He drove off in the vehicle, crashing into a barrier a block away at the Santa Monica pier. Police then arrested the suspect, who was bloodied in the crash.

The male victim was rushed to UCLA hospital with severe head injuries and broken ribs. He was admitted with serious injuries. The suspect remains in custody.

The young woman, presumably in shock, walked home to her parents house in Brentwood.

On July2,2021 at approximately 1:20 am, the Santa Monica Public Safety Dispatch Center received calls regarding a traffic collision at the entrance to the Santa Monica Pier. Officers were dispatched and upon arrival witnesses provided information regarding the driver that had exited the vehicle and walked away on Ocean Ave. Additional information was obtained that suggested that the same vehicle was involved in a pedestrian hit and run near the 100 block of Colorado prior to crashing into the barricade on the Pier. During the officers' investigation, it was determined that the vehicle had been carjacked near a downtown parking structure.

The male and female victims were exiting Downtown Parking Structure #8 when approached by Preston B. Rochon, a 30-year-old male originally from Texas. Rochon attempted to grab and made reference to sexually assaulting the female causing the male victim to intervene. During the physical altercation the victim's vehicle was taken. When the male victim chased after the vehicle, Rochon reversed and ran him over before proceeding to crash into the barricade on the Pier. 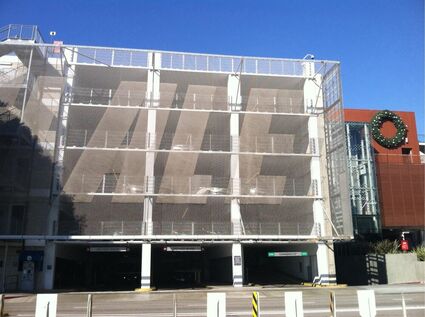 Scene of the crime: Parking Structure 8 at Colorado and Second street in Santa Monica.

Rochon was located a short distance away by a SMPD officer and was taken into custody without further incident. Rochon was subsequently booked for the following:

Anyone with additional information pertaining to this incident is strongly encouraged