He used a tent to sell PCP and Meth to the homeless population, says LASD 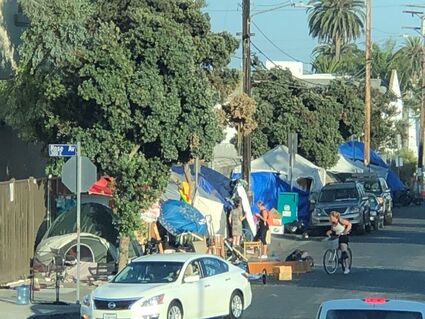 A man who describes himself as a homeless outreach advocate was arrested last Thursday on charges of selling drugs to the transients near the "Venice Bridge Home," sheriff's officials said.

Garry Featherstone, 65, was charged with possession of phencyclidine (PCP) for sale and possession of methamphetamine for sale, according to statement from the Los Angeles County Sheriff's Department (LASD).

Investigators from the Narcotics Bureau conducted the search warrant operation on tent near 3rd Avenue and Rose Street, as well as a residence in the Venice area, and arrested Featherstone on July 22, said the Sheriff's Department. Deputies also recovered more than $15,000, the release stated.

According to the sheriff's department, Featherstone posed as a homeless outreach advocate and used a tent to operate "Homeless Enterprise," where he sold beverages, candy and other snacks to homeless people. His "Homeless Enterprise" is registered with city of Los Angeles' Finance Department.

The tent was located near the "Venice Bridge Home," a temporary shelter that provides services to transients in Venice. Sheriff's officials said Featherstone used the tent to deal PCP and meth to the homeless population he claimed to help. 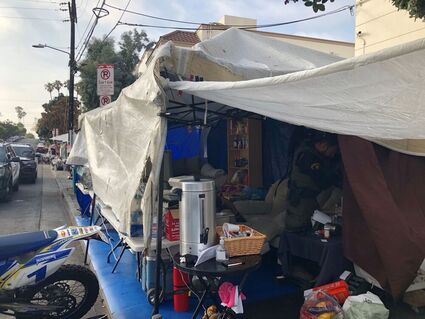 Investigators used the evidence from surveillance videos to arrest Featherstone who was released from jail last Thursday. He is due in court this week.

"This is another clear example of how several people are using the veil of outreach to run criminal enterprises and exploit the already marginalized population of county residents who are experiencing homelessness," said Los Angeles County Sheriff Alex Villanueva said. "It's time for common sense, compassionate regulation of public space. It's time for politicians to stop using the homeless population as a platform and for them to either help law enforcement keep the community safe or get out of the way."