On November 5, 2021, at least nine people died and hundreds were injured in a crowd crush moving toward the stage during Scott's performance at his Astroworld Festival in his hometown of Houston, Texas 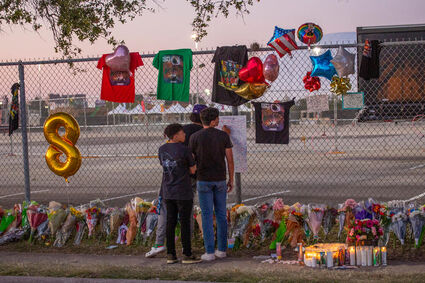 Mourners in Houston at a makeshift memorial

Why does anyone show up to watch a Travis Scott concert? I mean, the dude has a history of exhorting violence at his concerts. We'll get to that in a moment.

As a 10th victim of the Astroworld tragedy died Friday, Rapper Travis Scott said in a statement that he would pay all funeral costs "and provide other help to victims of this tragedy." Actually, the statement was written by crisis management PR people, but that's typical in such circumstances. The Statement is below.

At least 12 lawsuits have reportedly been filed against Travis Scott and Astroworld organizers, one citing his alleged history of "creating dangerous conditions" at concerts. Scott has been recorded several times exhorting crowds to shove, kick or punch each other. That's entertainment, right?

On November 5, 2021, at least nine people died and hundreds were injured in a crowd crush moving toward the stage during Scott's performance at his Astroworld Festival in his hometown of Houston, Texas.

Videos of the incident showed Scott's concert continuing despite the crowd pleading for him to stop the show, with Scott observing that audience members had been hurt, telling security for a brief moment to "help, jump in real quick, keep going", then proceeding to perform the rest of the show as planned for the following hour, encouraging people to "get wild" and "crazy" despite an ambulance was passing through the crowd, that was also pulling lifeless bodies out themselves 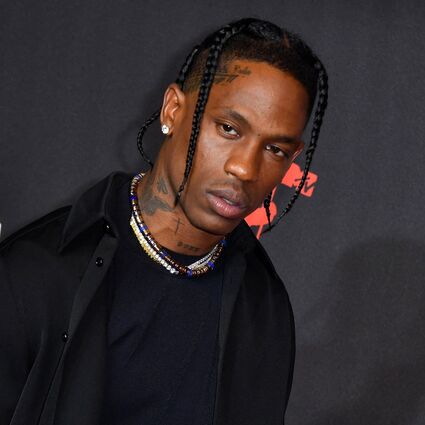 Rapper Travis Scott is married to Kylie Jenner, the couple have a child together and one more on the way.

Scott's performances had experienced a number of issues. At Lollapalooza in 2015, Scott was charged and arrested for disorderly conduct after inciting concertgoers to ignore security and rush the stage. That same year, at the Openair Festival in Switzerland, he encouraged fans to attack a man who took his shoe while he was crowd-surfing, by stopping the concert and repeatedly telling the crowd to "fuck him up", while also spitting on him.

In 2017, he was arrested for similar conduct of his Lollapalooza behavior after a performance in Northwest Arkansas. That same year, a fan sued Scott and the organizers of a 2017 concert at Terminal 5 in Manhattan after falling from a balcony and being dragged on stage, blaming the fall on a crowd surge. In 2019, three people were trampled and injured as a crowd rushed to enter the compound at Astroworld. This from Wikipedia. In case you're wondering why anyone would show up for a Travis Scott concert, well, it's the obvious question isn't it?

Scott is married to Kylie Jenner, the couple have a child together and one more on the way.