DxE claims they have a "right to rescue." What this means in practice is that they can–as effectively vigilantes–come onto your property and seize your animals 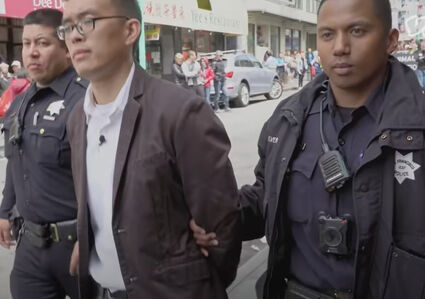 Direct Action Everywhere burst into the scene a few years ago by being so radical they make PETA look reasonable.

The Berkeley, CA-based animal liberation group made a name for themselves by harassing people eating in restaurants, heckling grocery shoppers, and even stealing animals from farms. And it's the last bit that has landed them in some legal trouble.

Following a criminal trial in North Carolina, DxE founder Wayne Hsiung was found guilty of two felonies by a jury this week. The charges were larceny and breaking and entering. He was sentenced to two years' probation and a suspended sentence.

According to the FBI, "direct action" "generally occurs in the form of criminal activity designed to cause economic loss or to destroy the victims' company operations or property."

In the case of DxE, they have not been accused of arson like the Animal Liberation Front, but they have been accused of breaking into farms, stealing animals, and disrupting operations. They have done it openly, calling it "open rescue."

Don't let the semantics fool you. One farmer targeted by DxE told VICE he was followed and got threatening phone calls (from whom, specifically, it is unclear) and that he and other farmers felt terrorized. 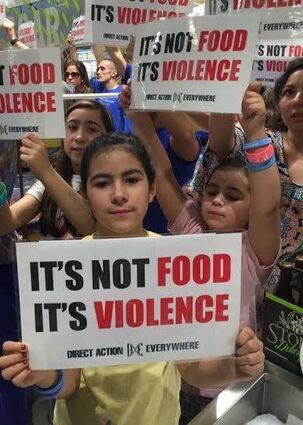 It's easy to feel that way when you're minding your own business raising hens and then several hundred vegan activists show up and raid your property, per the VICE report.

DxE claims they have a "right to rescue." What this means in practice is that they can–as effectively vigilantes–come onto your property and seize your animals if they want to. Thankfully, the jury in North Carolina disagreed with that notion.

For his part, Hsiung announced the conviction on Twitter and doesn't seem ashamed by it. We're aware of a half-dozen other criminal cases against folks from DxE, from California to Wisconsin. If he keeps it up, he might be Tweeting from prison.