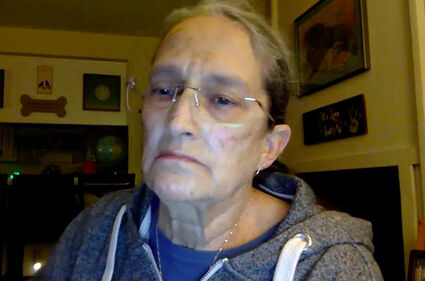 Urged by Mayor Himmelrich (a supporter of SMRR), and Councilmember Davis (a supporter of Santa Monica Forward), Council attempted to unlawfully reappoint Chair Buchanan to her sixth term, and strategically appointed Ms. Marasco to a seat she did not apply for.

The City Council is expected to attempt again on January 11, 2022 the appointments to two seats on the Housing Commission: a 2-year designated seat for a Section 8 program participant with lived experience of homelessness (currently held by Chair Buchanan who has been on the Commission for a decade), and a regular 4-year seat.

The second attempt is necessary because on December 7, 2021 the Council made two errors during the appointment process. Those errors, or as some believe, strategic moves by Mayor Himmelrich and Councilmember Davis, included the "reappointment" of Housing Commission Chair Renee Buchanan to her sixth term in the designated 2-year seat, even though she failed to obtain the five votes necessary for the reappointment. Neither City Clerk Denise Anderson-Warren nor Interim City Attorney Joseph Lawrence intervened when the Council "reappointed" Ms. Buchanan, despite the insufficient number of votes for her.

The nomination by Councilmember Brock of Ms. Buchanan's only qualified challenger, Ms. Theresa Marasco, met with immediate resistance from both Councilmember Davis and Mayor Himmelrich. Both protested that they wanted Ms. Marasco in the regular 4-year seat instead. This was surprising, as Ms. Marasco clearly marked on her application that she was applying for the 2-year designated seat, and expressed no desire to be considered for the 4-year seat.

Some believe that the goal of Mayor Himmelrich and Councilmember Davis was to do anything within their power to keep Chair Buchanan on the Commission in order to control the agenda of the Housing Commission through her. Never mind the insufficient number of votes for her reappointment and a clear vote of no confidence from the community Ms. Buchanan had received. This commissioner, despite her decade-long tenure, did not receive a single letter of support. In contrast, approximately twenty letters were submitted to the Council in support of her challenger, Ms. Marasco. Some of the letters cite Ms. Buchanan's poor attendance record, repeated failure to allow public comments during Commission meetings, a lack of initiative, poor leadership, and consistent failure to advocate for the interests of Section 8 tenants and the unhoused community she is supposed to represent.

As of today, a month after what appears to have been two manipulated appointments (one of them unlawful) to the Housing Commission, the City still has not issued any public statements about them. The City did not apologize to the applicants or the public, and it has not publicly disclosed how it plans to rectify the situation.

Ms. Marasco has written several letters to the City and offered public input at the December 14, 2021 City Council meeting asking to be considered for the two year designated seat she had applied for, but she received no response. However, the City Manager admitted in an email that Ms. Buchanan failed to obtain the five votes necessary for her reappointment to the 2-year seat, and the appointment would be attempted again by the Council, likely on January 11, 2022. There is still no word on what the City plans to do regarding Ms. Marasco's appointment to a 4-year seat – against her will.

This was yet another twist in the already bizarre story, as Ms. Marasco had never been sworn in to the 4-year seat, nor did she attend a Housing Commission meeting since her "appointment." Therefore, it was hard to understand exactly what Ms. Marasco would be resigning from. In the past, the Clerk's office had no problem accepting applications from city commissioners who were applying for a seat on another commission. Those commissioners, if appointed to a second commission, simply then resigned from the first commission.

Finally, on January 5, 2022 Ms. Marasco was encouraged by the City Clerk to submit a letter to the Council requesting to be considered for the 2-year seat again. City Clerk Anderson-Warren wrote an email to Ms. Marasco that upon further review and on advice by the Interim City Attorney, it was established that Ms. Marasco did not have to resign from the 4-year seat after all. Ms. Marasco did submit such a letter to the Council, and it is believed that she will in fact be considered for the 2-year seat she had twice applied for.

The Santa Monica Housing Commission has been no stranger to power struggle and drama since the 2020 election. The annual appointments to the Commission were delayed by almost six months, without a legitimate reason. Some believe the delay was politically motivated. Mayor Himmelrich's husband, Michael Soloff, left the Commission in recent months after the new nepotism policy disqualified him from serving on city boards and commissions. Calls for the resignation of Housing Commissioner and expenditure lobbyist Leonora Camner continue as the Fair Political Practices Commission's investigation of her alleged conflict of interest enters its seventh month.