Critics have said that US attention to Ukraine, is based on the race of the victims of that conflict. Black and brown victims are ignored in places like Tigray 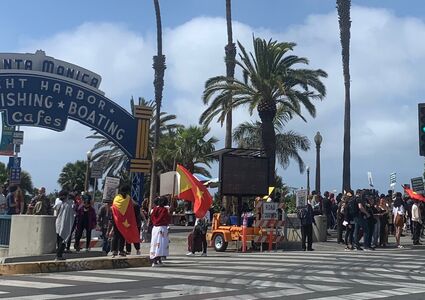 3.19: About 50 members of the Tigrayan community in Los Angeles County, conducted a pro-Tigray protest rally in front of the Santa Monica pier on Saturday. They wanted greater awareness leading to Western intervention, in the conflict in the far northwest province of Ethiopia. 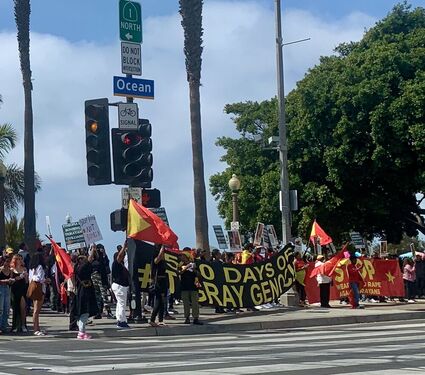 Critics on the left (e.g. Joy Reid) and also on the left (Tucker Carlson) have said that US attention to Ukraine, is based on the race of the victims of that conflict. Black and brown victims of war, they say, are ignored in places like Tigray, while attention is focused on Ukraine.

Fighting between Tigray forces and the federal government began on 3 November 2020, when Tigrayan security forces attacked the ENDF Northern Command bases and headquarters in the Tigray Region. The ENDF counterattacked in Tigray, which Prime Minister Abiy described as "law enforcement operations.

All sides in the conflict have been accused of violating international human rights with evidence of unlawful killings, torture and sexual violence committed by both sides. Many sources have accused the Ethiopian and Eritrean governments of engaging in crimes against humanity via ethnic cleansing of Tigrayans. The Ethiopian and Eritrean governments have also been accused of genocide