Police shot at two coyotes on the popular beach, possibly killing one. The girl was not seriously injured 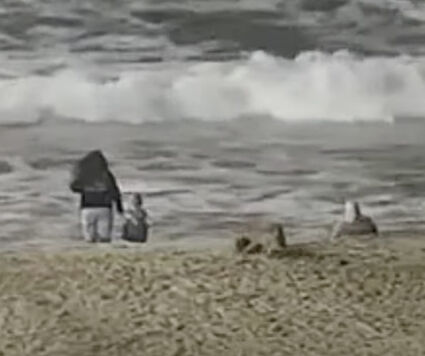 A young girl was bitten in the face by a coyote on the beach. The attack happened a few hundred yards from the Huntington Beach Pier Thursday evening at around 10 PM.

Security camera video captured the assault, as the toddler's mother sat with her back turned watching waves roll in. She turns to see the girl crying, after the 5 second interaction. The girl was hospitalized briefly, but was not seriously injured.

Huntington Beach Police Department says an officer shot at the two coyotes reportedly involved in the incident. The next morning, they found the body of one coyote near the pier. The police said they were not sure whether the dead coyote was in fact one of the coyotes involved in the attack. 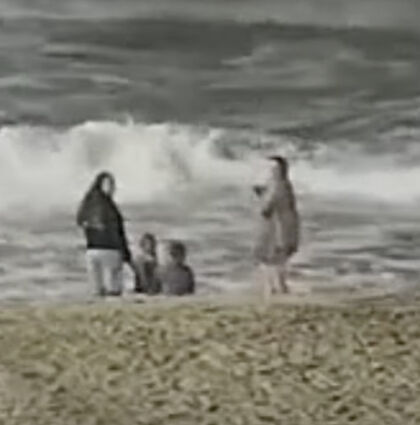 The Huntington Beach Police Department is working with the California Department of Fish and Game to investigate the incident.

A jogger on the beach Friday morning told NBC news that he often sees coyotes at the beach.

"We see them every single time," said Eric Brown, who runs at the beach several times per week. "Usually, they chase us. I've never seen more than one chase us at a time. Your initial thought is that they are playing, but I do carry a very bright flashlight and pepper spray."

Coyotes are highly adaptable animals that have learned to live comfortably in many environments, including around humans. Wildlife experts say humans attract wildlife such as bears and coyotes, by leaving garbage and other food unlocked for them to find.

Coyote sightings may be reported to 714-960-8811. The original video may be seen at https://www.youtube.com/watch?v=FNdJXqiVANc