The resident of the fire unit was not home at the time the fire broke out, and there were no injuries to civilians or first responders 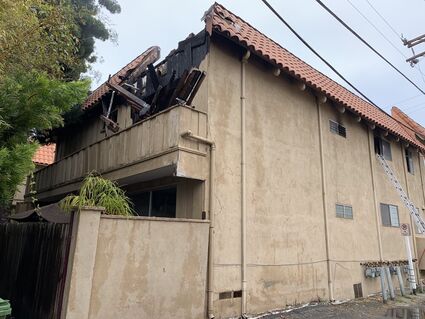 Santa Monica firefighters extinguished a fire at 100 Palisades Drive early Tuesday morning, by chopping a hole in the building's roof. This according to Capt. Patrick Nulty, who sent the following press release: 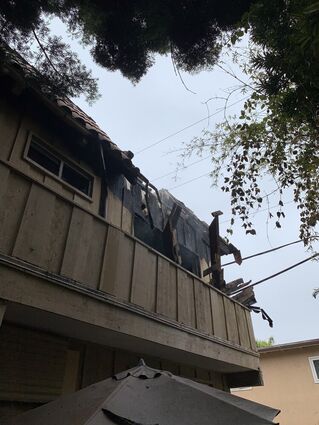 On Tuesday July 12th, 2022 at approximately 8:36 a.m. Santa Monica Firefighters responded to a report of a structure fire in the 100 block of Palisades Avenue. Upon arrival, Firefighters found a two-story apartment building with a working fire in one unit on the second floor. Firefighters began an aggressive attack on the fire while simultaneously searching for any occupants within the building. Due to the large volume of fire, there was extension into the mansard roof which required Firefighters to cut into and expose void spaces to access the fire.

It took approximately 30 minutes to fully extinguish the flames, which were confined to the original apartment of origin. There was minor smoke and water damage to units next to and below the fire.

The resident of the fire unit was not home at the time the fire broke out, and there were no injuries to civilians or first responders. The Santa Monica Fire Department was assisted by Santa Monica Police, Office of Emergency Management, McCormick Ambulance, and Santa Monica Building & Safety. Fire Investigators are working on determining a cause.