By Olga Zurawska
Special to the Observer 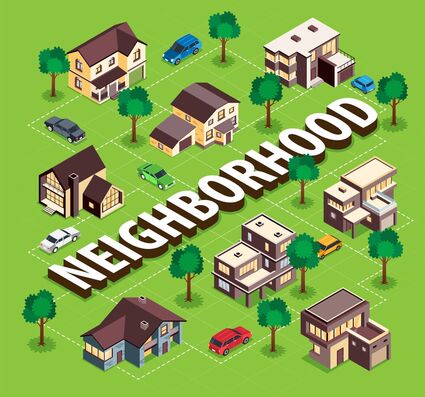 image by Macrovector on Freepik

It seems to me that the neighborhood groups would like to eat the cake (as in receive public funding from the City) and eat it too (as in engage in legislative advocacy), without so much as a disclaimer that public funding is not paying for the group's political activity.

I am not OK with that.

As a resident of Downtown Santa Monica, where there is no neighborhood group, I do not wish for the City to disburse my tax dollars to the neighborhood groups in other parts of town, (that is special interest groups that do not represent me in any manner), so the groups can endorse a candidate, where I have no say in the endorsement whatsoever, because the board of the group I didn't vote for – decided who to endorse. And all that without even a disclaimer that my tax dollars, disbursed to the group by the City, did not pay for the endorsement.

It's public funding we are talking about.

To all those bringing up free speech to oppose this item, the right to free speech can be lawfully limited as soon as money from any source (for example public funding) gets involved. This is the case here. As I am sure the City Attorney knows, the Supreme Court has generally supported restrictions on government funding, even when those restrictions may stop, or have a chilling effect on, the free speech rights of recipients. So please stop with this angle, and especially NoMa and Wilmont, those two groups should focus on ending the habit of silencing dissenting voices during their meetings instead.

Now, we have to also acknowledge that the neighborhood groups are in fact comprised of merely a *handful* of active members. Most Santa Monicans might be unaware of the existence of the neighborhood groups, or be disinterested in what the groups have to offer. Such a lack of engagement begs the question whether the groups make an effort to survey and respond to the community's needs, or whether they prefer to keep the involvement of residents to a minimum for one reason or another. For example, to have more control over the group which in reality is tiny, and therefore invites less diversity of opinion, less scrutiny, or demands for accountability.

As a resident who lived in Wilmont for over five years, I was not aware of the existence of the Wilmont group. It was with surprise that I read on the Wilmont website a few months ago that Wilmont "represented" the interests of thousands of Santa Monicans. Is it possible to represent the interests of the residents who are unaware of the existence of the group? Is such a disconnect present in all the Santa Monica neighborhood groups? Possibly.

The groups claim to be representing the neighborhoods, but choose to have secret meetings of the group heads? That's not a neighborhood council. That's a private club!

Such a lack of transparency is insulting towards the community, and creates the impression that the groups are engaging in nefarious activity – while putting out the hand for public funding.

The City should examine closely what legal or fiscal relationship, if any, it would like to have with the neighborhood groups as they exist now, and the neighborhood groups should examine their goals and commitments to the community, rather than the handful of people who sit on their boards and the private interests of this handful of individuals.

A truly ambitious group would not be hung up on receiving funding from the City, as it invariably comes with some sort of strings attached, but would instead actively work to engage as many residents as it can, and thus grow its membership and capacity independently. The most recent election shows that the neighborhood groups have failed to accomplish their political ambitions as signaled by their endorsements.

And, since some of the neighborhood groups were very upset that Mayor Himmelrich promoted her ballot measure without a disclaimer that it was not affiliated with the City, why do they see a problem putting a disclaimer, for transparency purposes, on their own political endorsements as long as they receive any public funding from the City?

The above is the text of a public comment delivered before the Santa Monica City Council in regard to item 16-D on November 15, 2022.